In a further continuation of the long-running technical partnership between Hitachi and Gearhouse Broadcast, the latter is using an all-Hitachi line-up of HD cameras to televise the  Barclays ATP World Tour Finals, which are taking place this week at London’s O2 Arena. 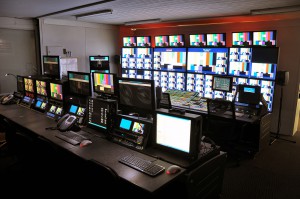 The deployment – which follows a similarly Hitachi-oriented configuration at the recent ATP World Tour tennis event in Cincinnati – underlines the strong association between the two companies. Earlier this year Gearhouse Broadcast made an investment north of £800,000 in new Hitachi cameras, and speaking to SVG Europe the broadcast services provider’s chief operating officer, Kevin Moorhouse, emphasised the “reliability and capability” of its newly purchased systems, as well as the “responsiveness” of the Hitachi team.

“They have been really great at reacting to our requests. For example, our engineers wanted to modify the start-up menus, and this they were able to do very quickly,” says Moorhouse, adding that an Hitachi support engineering team will be on hand throughout the London event.

Paddy Roache, director and general manager of Hitachi Kokusai Europe, remarks upon the mutually beneficial nature of the collaboration with Gearhouse. “Gearhouse is a very well-established, highly respected company and has provided some great feedback that has fed into our camera development programme,” he notes.

In addition, involvement with sporting events such as the ATP World Tour is seen as being vital to building Hitachi’s reputation as “a leading supplier of 3G and future broadcast camera technology. We are developing a close strategic partnership with Gearhouse Broadcast and we are very pleased to support their international broadcast operations.”

Moorhouse adds that other elements integral to Gearhouse’s set-up at the O2 include a Lawo MC2 series mixer and EVS servers.