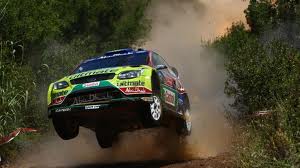 HBS will handle production of the 2013 World Rally Championship.

HBS will be the television production partner of Red Bull Media House, the media subsidiary company of the energy drink brand Red Bull, and Sportsman Media Group, the Munich-based sports marketing agency, which were named as the new WRC promoters in October in a six-year deal, beginning in January 2013.

The two companies are responsible for all commercial aspects of the WRC, including marketing of media and sponsorship rights, the production of television signals and media formats of all the rallies on the WRC calendar.

HBS, which will work closely with the Finnish company FilmWorks, will film all 13 races in the 2013 WRC. It said it will use on-board cameras, which will send images directly from within the rally cars, while helicopters will be equipped with sophisticated cameras to ensure that race calls have the benefit of the highest quality production technology.

Starting with the first race of the season, the Rally Monte Carlo on January 15 to 20, HBS will produce both the daily news and a 26-minute highlight show of each rally as well as a show featuring all of the highlights of the WRC on the final day lasting 52 minutes.

North One Sport’s deal with the FIA, motor racing’s international governing body, to promote the WRC was terminated as a result of a “fundamental breach of contract” in the wake of its parent company, Convers Sports Initiatives, the sports marketing and investment group, being placed in administration in November 2011.

After Rally Monte Carlo, the WRC will visit Sweden, Mexico, Portugal, Argentina, Greece, Italy, Finland, Germany, Australia, France and Spain in 2013, before the season-ending Rally of Great Britain on November 17.