Launched with no little fanfare at IBC 2012, the Grass Valley LDX Series camera is continuing to experience rapid rates of adoption with the news that Imagina France – French subsidiary of Media Pro Group – has purchased six units for OB trucks deployed for coverage of the French Premier Football league.

Installed as part of a major upgrade effort, the cameras will capture the majority of the football matches covered by Imagina France.

The LDX Series – consisting of the LDX Première, LDX Elite, and LDX WorldCam – is built around the in-house-developed Xensium FT imager, which is designed to offer an equally high sensitivity in 1080p and 1080i/720p. 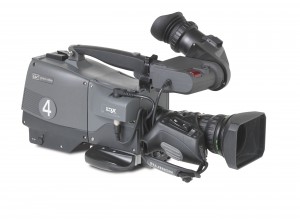 A star attraction at IBC 2012, Grass Valley’s LDX Series is set to be a star striker in Imagina France’s sporting OB infrastructure

Louis Zumelzu, managing director of Imagina France, comments: “Increasingly, we need a camera system that will cover any kind of live event, in any environment or format — whether it be, HD or 3D, and this is why we selected Grass Valley. It was also important to have a future-proof system and the LDX Series with its software upgrade capabilities enables us to increase our functionality as our imaging requirements change.”

Imagina France also selected the LDX camera for a feature set that includes the ability to capture footage in 1080p under low light conditions, providing the broadcaster with even more options as well as operational efficiencies.

Francoise Semin, vice-president for Southern Europe, Middle East and North Africa at Grass Valley, adds: “The customer response to the LDX Series launch has been extremely positive and today’s announcement is testament to how well the cameras have been received by our customers.”