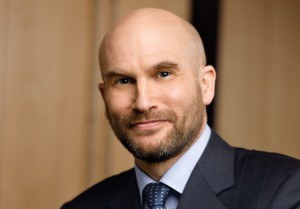 Strath Goodship, Miranda president and CEO, says the lack of product overlap has made the acquisition of Miranda by Belden a smooth process.

“There is no overlap so we remain pretty much as Miranda,” says Strath Goodship, Miranda, president and CEO. “And with Telecast folded into Miranda there are some [sales] channels that overlap but we may also keep both channels in some instances because Telecast specializes in fibre and OB trucks.”

The acquisition of Miranda and Telecast by Belden is the type of consolidation that many in the industry believe will continue to occur as companies make the transition to new core technologies (most notably transport of signals via IP and reliance on more IT-centric components) and also see that shift as an opportunity to enter new markets.

“We work with large IT firms and a lot of products are going software based and running on commodity platforms,” says Goodship. “But our industry is unique and the complexity of signals doesn’t go away. So vendors [like ourselves] can make changes [to those IT platforms] and help make the underlying technology find success in the broadcast market.”

And with Goodship and others saying that the HD market is still expanding there is plenty of opportunity ahead.

“The money hasn’t gone away although customers are careful and hesitant about what direction to go in,” adds Goodship. “But they aren’t like startups. They have deep pockets and can experiment with business models.”

Those experiments have broadcasters at the high end looking to be more efficient by bringing in new technologies that make it possible to easily take advantage of new revenue and distribution opportunities.

“Our ITX IP-based playout system is seeing a huge amount of interest for customers and we are working with them to allow them to move into areas [like streaming to mobile devices] with little additional costs,” explains Goodship. “They have big production teams and now they want to take content and have different advertising for steaming or VOD and a lot of that can be done automatically.”

New this year for ITX was integration with Adobe AfterEffects so that graphics are now rendered inside the ITX engine.

“That enables the graphic creativity to be uncompromised,” adds David Cohen, Miranda, director of marketing communications.

Darren Fordham, head of Telecast sports business development, held court at his own section of the Miranda stand, providing attendees with an overview of the latest in fibre components and transport technologies.

Making its debut at IBC was Thunder, a product designed for audio needs related to OB, broadcast, infrastructure and live sound applications. Thunder requires only one or two strands of fiber to transport up to 80 bi-directional channels of audio, data and/or intercom signals, configurable in up to 10 eight-channel blocks.

“It’s a fiber link for mics at the broadcast booth or on the field and it also has low EMI and RF noise,” adds Fordham.

Bringing the Miranda and Telecast brands together gives the two companies a one-two punch as the Miranda product line can benefit from the transport of signals via fibre.

“It rounds out our product line and is a nice match,” adds Cohen. “We’re excited as Telecast has a strong foothold in the market.”