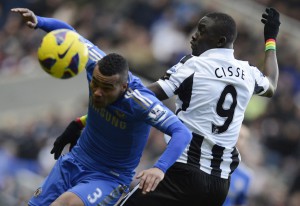 SIS Live is the latest company to test Ultra-HD technology, capturing highlights of the Premiership league match between Newcastle and Chelsea in 4K on February 2. The outside broadcast company, which holds the BBC’s Match of the Day contract, has put together a working group to explore the technology and workflows required to deliver live, 4K, multi-camera event coverage.

It conducted proof-of-concept tests using a range of cameras coupled with its 3G-ready unit OB 14. This involved testing signal flows, the use of lenses suitable for 4K, as well as the integration of recording technology.

The Newcastle Vs Chelsea Premiership match was captured in 4K using a Sony F65 camera paired with a Fujinon 75mm-400mm lens, recording to the camera’s onboard 256Gb flash memory cards. Additionally, Psitech’s 4K Vortex system and a specialist engineer were flown over from the US to take part in the testing.

SIS Live Commercial Director Phil Aspden says the company gained experience in manipulating 4K pictures within an OB truck setting, and experimented with the capability of the Psitech device to understand its potential applications in the live sport genre.

Interestingly, camera operators found that using the F65 for 4K acquisition requires a different approach to camera operation; in effect, shooting wider, which then allows VT operatives and production staff to create multiple shots from the same camera position.

“4K technology is still at an early stage and there is a huge difference in the requirements of single camera capture compared to that needed to transmit live shows,” says Apsden. “Live sport, for example, requires very reliable equipment with very low failure rates. If a shot is missed due to failed equipment there is rarely an opportunity to restage the event.”

He adds that 4K becomes even more challenging when the technology has to be compact enough to be mobile and able to operate from a range of locations.

“OB vehicles provide finite space which limits the amount of equipment that can be installed,” he explains. “OB environments are often challenging which puts extra demands on the equipment so any 4K equipment needs to be as compact, portable and reliable as possible to be able to capture the range of shots we currently achieve in OB scenarios.”

David Meynell, MD, SIS Live adds that it is inarguable that 4K technology is going to be part of our future.

“If the popularity of 4K consumer technology continues to rise we will reach a point where broadcasters want to transmit live events in 4K, and this means that SIS Live needs to be ready to deliver,” he says. “As with all new technologies we are monitoring its development and potential demand closely, ensuring that we remain at the forefront of technological development.”

Although SIS Live also supplied matchday highlights from Newcastle for Match of the Day the BBC has said these tests were independent of any investigation it is making into Ultra-HD.