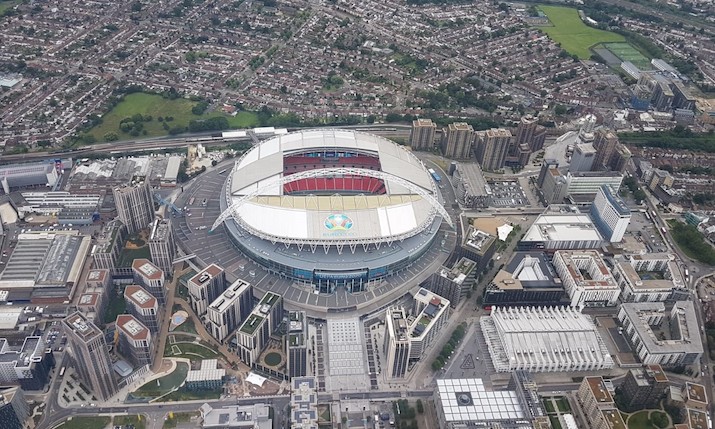 The aerial teams filmed scenic shots of the stadiums, including Wembley, and their home cities Credit Dave Manton

EMG companies ACS and Broadcast RF (BRF) came together for another UEFA Euro tournament this year, continuing a longstanding history of co-ordinating and supplying live aerials for the tournament on behalf of UEFA, this time across multiple cities in Europe.

Planning for delivery began back in mid-2019 when nine aerial teams across Europe were secured. A total crew of just over 30 pilots, camera operators and RF engineers was headed by the ACS and BRF project management team and a dedicated aerial co-ordinator from ACS.

The ACS aerial unit deployed 11 stabilised mounts; a mixture of Shotover F1s and M1s and the GSS 516. All were fitted with a Sony HDC-P50 camera and UHD lens together with BRF’s state-of-the-art HEVC RF equipment to deliver the live UHD/HDR aerials. BRF ensured that all stadiums were rigged with their own bespoke reception system (up to 8-way diversity) and rigged on stadium roofs to combat the terrain of the surrounding areas. In addition, all the UHD/HDR helicopter downlinks had bidirectional camera control systems installed. 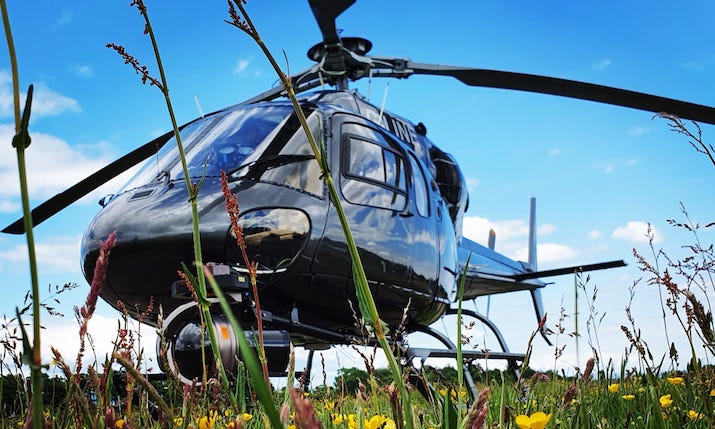 The aerial teams were on hand to cover the build-up to matches and the team walk outs and returned towards the end of the game to capture the crowd and team’s celebration. Over 300 flying hours were completed during UEFA Euro 2020, all of which ACS then arranged to be offset with climatecare.org.

The project teams faced many challenges along the way including the late change of host city Bilbao to Seville, nearly 900km away, and navigating each of the host countries’ air traffic authorities and specific regulations. In addition to this was the restrictions around COVID-19 which were in the most part avoided due to the pre-planned use of local crews where possible. 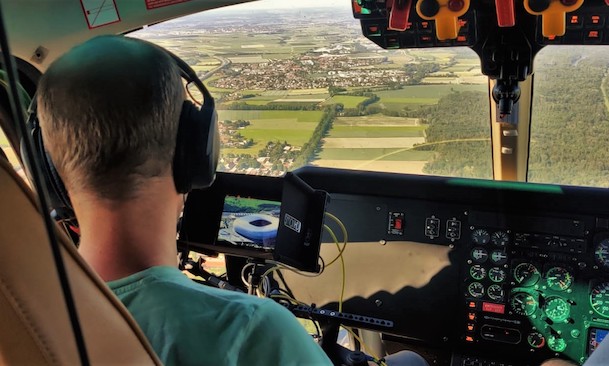 ACS also completed all the pre-event aerials with Noah Media Group on behalf of UEFA for the tournament deploying multiple UAV and helicopter teams across the host cities to film scenic shots of the stadiums and their home cities.

ACS sales director Matt Coyde commented: “We’re really proud of all the team’s hard work on the Euros during what is proving to be a very busy and challenging summer. It was a complex project given all the countries and restrictions involved but we came together with UEFA to capture those dramatic shots that set the scene for the spectacle of the tournament.”

Chris Brandrick, commercial director at BRF, added: “It’s always a privilege to play a part in this huge delivery and our teams really thrive on the technical challenges events such as these bring us.”