The VIVO IPL 2018 edition saw Hotstar and Akamai shatter multiple records for reported concurrency in quick succession. In 2019, Hotstar had already created history during the first three weeks of the VIVO IPL by exceeding its total viewership of 2018.

During the course of the final match between Mumbai Indians and Chennai Super Kings, the average 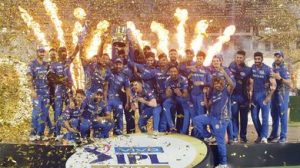 According the to the GSMA, over 430 million people in India have access to mobile internet services, helping viewership and access to entertainment in India to go mobile over the past year. This was exemplified in the VIVO IPL 2019 final as well with 91 percent of viewers watching the match via mobile.

This brings with it a set of challenges including planning for multiple device types and network conditions in ensuring that mobile internet users experience as little a lag as possible when it comes to enjoying live sporting content such as the VIVO IPL 2019 final.

Commenting on the record, Varun Narang, chief product officer, Hotstar added, “At Hotstar, we have an innate belief in delivering a game-changing viewing experience to our consumers through ideas that challenge the status quo. The achievements of this season once again bear witness to Hotstar being the most preferred sports destination for the country. With technology as our backbone and our all-round expertise in driving scale, we are confident we will continue to break global records and set new benchmarks with each passing year.”