xG Technology’s Vislink business has received an order valued in excess of $1 million from France-based AMP Visual TV, a leading European provider of outside broadcasting services. The hardware will be deployed at many events across the world, including the PyeongChang 2018 Winter Olympics in South Korea, the 2018 World Cup in Russia and the 2018 24 Hours of LeMans automobile racing event. 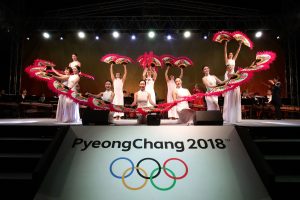 Vislink and AMP have a long history of working together, dating back to the first iterations of wireless radio cameras. AMP has already invested heavily in Vislink L1700’s and L2174 platforms, and this new order brings their investment in Vislink equipment to unprecedented levels.

Rob King, European Sales Director for Vislink, said, “AMP approached us to provide a quick turnaround delivery on additional L1700 kits for early 2018 productions. I’m proud to announce that we signed the deal valued in excess of $1 million for new hardware, including L1700’s plus our new 4K capable HCAM and UltraReceivers with a considerable amount of our FocalPoint camera control technology. We’ve worked hard over the past few years to improve our camera control technology, and this decision by AMP to invest in it demonstrates our success.”

Stephane Alessandri, Head of RF Department & International Operations at AMP, stated, “Our recent further investment into Vislink hardware builds upon a long relationship between the two companies. This new hardware will be used in the future to underpin our global productions in delivering the very best in wireless video, now including low-latency 4K UHD. We have also made a major investment into Vislink’s FocalPoint camera control system, which we look forward to deploying in 2018.”