Goodwood’s popular Festival of Speed motorsport events are now getting increased coverage from Aurora Media Worldwide (AMW). As part of this, ITV has agreed a new three year deal for AMW to produce a host of live and highlight programming across Goodwood’s Members’ Meeting, Festival of Speed (which was held on 12 July to 15 July 2018,) and Goodwood Revival. This comes in the wake of a successful partnership in which ITV’s channels have screened events from the historic Sussex circuit for a number of years.

This year, celebrating its 25th Anniversary, the Festival of Speed was broadcast live on ITV, Sky Sports and for the first time in the history of the event, live streamed on BBC Sport. Sky has been a multi-year partner, and the BBC took live content across the weekend for the first time. 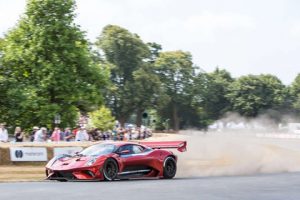 Lawrence Duffy, AMW’s managing director, told SVG Europe that Sky Sports and BBC Online have noted the increasing popularity of the Goodwood events and coverage, and have decided to take it on as well this year. “There has been significant interest to take live and streamed coverage. At the same time, the Goodwood Motorsport (Goodwood Road and Racing) events have become some of  the most important and iconic events in global motorsport; event festivals which celebrate the past, present and future of mobility. So, we decided it was important to create a new suite of programming to meet demand and interest.

“For the Festival of Speed for example, this year we accredited over one hundred brand and news video crews from all over the world. Its appeal is global, by brand, manufacturer, broadcaster and digital platform/ISP. The hope is that the relationship will continue for next year’s Festival of Speed too,” noted Duffy.

Goodwood has extended its existing contract with the sports agency until 2020, which sees AMW continue to produce host live coverage for Goodwood’s own YouTube channel and syndicated digital platforms where the Festival of Speed live stream was watched by 5.5 million viewers. 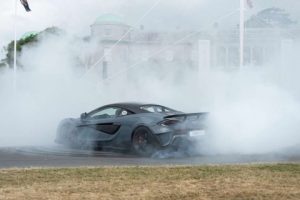 On innovations to expand the offering’s popularity, Duffy stated: “Aurora has a reputation for dialling up the innovation meter, and here the innovation is not so much in kit, but in the type and tone of coverage, and ensuring that as the industry continues to diversify into Live, factual, highlight, VOD, social, for broadcast and digital, rights holders and brand clients; we know the interconnections to bring them together and deliver compelling and exclusive content irrespective of platform.  It’s a ‘hub’ position. Also, the emphasis is always on getting the viewer as close to the action as possible with the use of things like on board and trackside cams and drones.”

Julia Bradbury and David Green presented ITV’s Goodwood Festival of Speed programming, combining live coverage on ITV4 with highlights and consumer and car technology shows for both ITV and ITV4. ITV will also air the Goodwood Revival live in September. 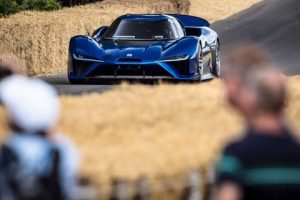 Duffy said: “We’re delighted to be extending our very successful relationship with both ITV and Goodwood; it’s been a very fulfilling partnership for all three parties. I’m also excited that the reach of our programming now includes Sky Sports and the BBC Sport online in the UK.”

Tracey Greaves, chief commercial officer at Goodwood, said: “As the success of our motorsport events continues to grow we are thrilled to be extending our long term partnership with ITV. To be expanding our coverage with both the BBC and Sky Sports is a really great achievement by AMW and we are very excited to be working with them.”

John Claridge, ITV4’s scheduler, said: “I’m delighted we will be able to bring viewers live coverage and highlights of wheel-to-wheel racing and the best in heritage motoring from Goodwood for another three years. This new deal highlights the importance of motorsport and motoring to ITV4’s viewers and adds to the wealth of free to air coverage we’re able to bring motorsport fans throughout the year.”