Automation, drones and touchscreens added as At The Races becomes Sky Sports Racing 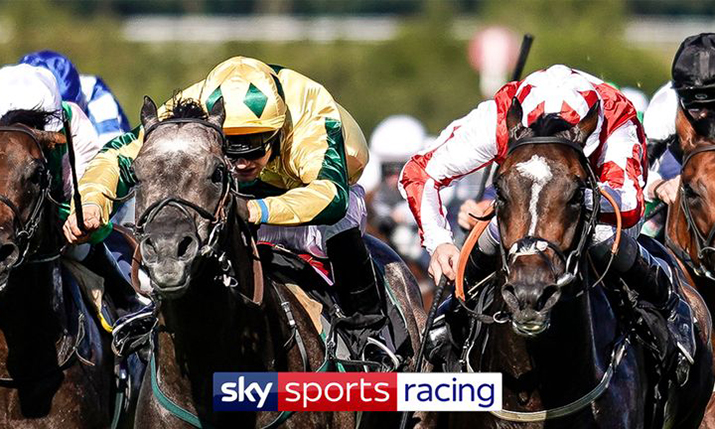 Sky Sports has added a host of production, presentation and technology enhancements to Sky Sports Racing as it looks to bring the horse racing channel formerly known as At The Races in line with its other live sports channels.

Now part of Sky’s genre line-up that includes dedicated channels for football, cricket, golf and F1, the horse racing hub is being given an overhaul that includes the addition of studio automation, drone cameras and touchscreen technology and a move to HD.

The changes are part of a plan that Matthew Imi, the chief executive of At The Races, said would “raise the bar for daily coverage of horseracing.”

A long-term partner and investor in At The Races, Sky strengthened its involvement in the channel in 2017 by becoming the majority shareholder, purchasing additional shares from partner Arena Racing Company (ARC).

“The obvious assumption people make is that automation is about saving headcount, For us, it wasn’t. We’ve always been very lean. We felt it was an opportunity to improve workflows and provide a better output with our existing headcount.”

Although Sky now majority owns At The Races, the company behind At The Races continues to operate the channel with Sky Sports acting as the production partner. The -revamped channel went live on 1 January 2019.

The new name and new majority owners are not the only changes. And one of the technological enhancements was a bit of no-brainer, as Rob Dakin, At The Races director of broadcast and head of channel, Sky Sports Racing told SVG Europe.

“HD was a pre-requisite,” he said. “At The Races was only available in SD which meant we were well behind the rest of the industry and it was a constant source of criticism. The sports viewer expects to see coverage in HD, the move was long overdue.”

The move was made possible because the race coverage itself had gone HD with technical and broadcast services firm RaceTech now providing all UK race feeds in HD on behalf of ARC.

At each of the 25 racecourses that the channel covers, there have been other additions too.

“One of the key objectives for us was improving the standard coverage of all of our races, not just the bigger fixtures,” said Dakin. “We wanted to raise the bar for every fixture on the channel.

“Sky Sports has built its reputation on the quality of its live event coverage. Clearly, we would love to do [full-scale] coverage at every single fixture but it’s not cost-effective.”

For those bigger fixtures, and for some other selected races, a drone camera and a tracking vehicle, fitted with Aerial Camera Systems technology, will be used.

Importantly, both will be used in a discerning way and not just for the sake of it.

A drone was used at Plumpton for coverage of the Sussex National Handicap Chase in January, for example, capturing parts of the course that other cameras couldn’t reach.

“At Plumpton, on the positions on the race course where we felt that the coverage could be improved, we used the live drone,” explained Dakin.

“We will only use the drone and the tracking vehicle when we think it enhances the coverage of the live race. And that is not aimed at a new audience. It is aimed at providing the best coverage we can of a live event.” 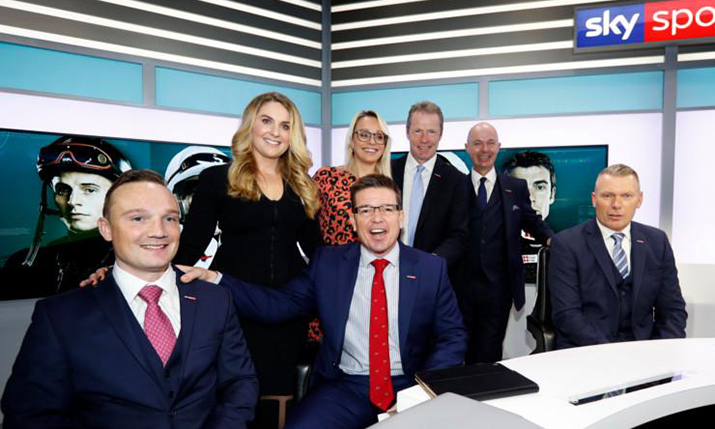 Cameras won’t be the only additions for bigger meetings.

At the Chester May Festival, Royal Ascot and the St Leger Stakes, Sky Sports Racing will bring in additional reporters and the focus of the presentation will move from the studio to the racecourse.

Later in the year, the production team will also look to roll-out the Sky Pad, as used on Sky Sports’ F1 coverage. The touchscreen technology will be used for presentation and analysis.

“We want to be in the position where we can bring jockeys and trainers over to the Sky Pad and allow them to explain to us how a race has developed,” revealed Dakin.

For what is a very analytical and stats intensive sport, on-screen data will also be crucial for Sky Sports Racing.

“Sky has developed a back-end that can take in all the raw data feeds, whether they are domestic or international, aggregate them and then present them for broadcast,” continued Dakin.

“That back-end has been a massive piece of work. They’ve created this product that we can now build on. At the moment it is just providing us with what we had previously with At The Races but there is real opportunity to build on that in the future.”

Data usage can go much further than simply showing the form of the runners and riders.

There are a number of ARC courses where live in-running data is available, provided by Total Performance Data, using information taken from a microchip housed in the saddle cloths of the horses.

“We currently provide that as a live section on some of our racetracks to provide us with live sectional time data,” he explained.

While the addition of HD, more camera angles and increased data and analysis will benefit the output (and the viewer), perhaps the biggest (and most complicated) change is happening back at Sky in Osterley. 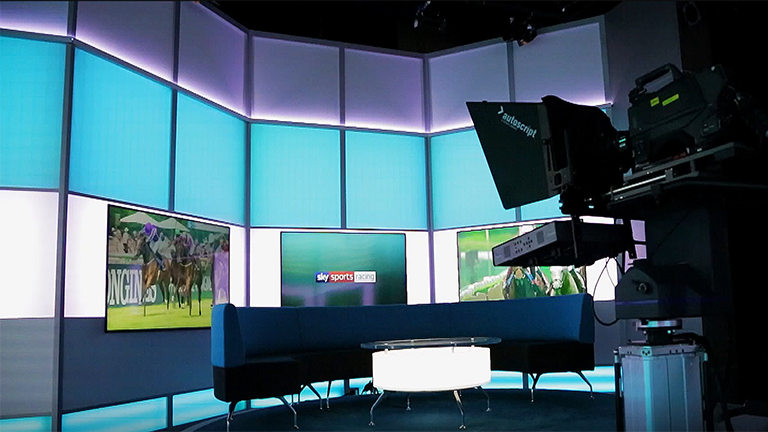 Here, a new studio and production gallery have been built that make use of automation.

Built around the Ross Video Overdrive system, the studio has four robotic cameras, including two on rails. These can be programmed or operated remotely by the technical supervisor in the gallery.

Although Sky News has been using automation for some time, the move means that Sky Sports Racing is the first live sports channel at Sky to work this way.

Dakin feels that there are lots of parts of the channel’s schedule where they can benefit from automation.

“The obvious assumption people make is that automation is about saving headcount,” he said. “For us, it wasn’t. We’ve always been very lean. We felt it was an opportunity to improve workflows and provide a better output with our existing headcount.

“When we have a busy afternoon of racing, we have someone in sound but there are parts of our schedule where the sound is automated which means we don’t need a sound person. We can effectively run our output with just a producer and a director. That is very lean. But for the big events, we will staff it in a more traditional way.

“It’s been a real challenge. It’s still work-in-progress. But each week it improves, and we believe automation is the right thing to do. We will really start to see the benefits in the months to come.”

Importantly, automation provides Dakin and his team with flexibility in how they resource the channel.

“For our US programming, which is more of a continuity presentation, we don’t need to have a fully manned gallery until 2 am. Automation means can stay on the air longer with existing resource. We think we have the best of both worlds.”

Although there are benefits (and more to come), the introduction of automated systems has not been completely plain sailing, he admitted.

“The work doesn’t disappear! It gets moved. The producers and assistant producers are having to work in a completely different way. Currently, they are working on some very intricate coding and we need to get up-to-speed on that. It’s been a real challenge. It’s still work-in-progress. But each week it improves, and we believe automation is the right thing to do. We will really start to see the benefits in the months to come.”

In 2019 Sky Sports Racing will provide live coverage of over 700 UK fixtures from 25 courses, including Ascot, Chester, Lingfield and Doncaster, plus more than 200 fixtures from France and over 80 from Hong Kong. There is also daily coverage of live racing from the US and Australia.

Sky Sports Racing is on air now on TV and mobile