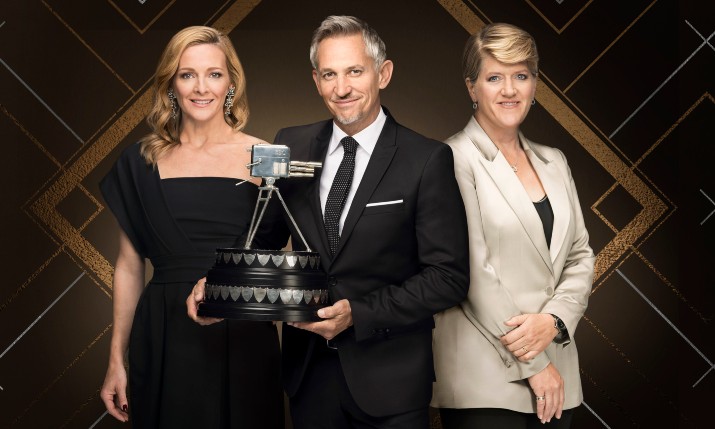 The show is considered by its producers to be one of the toughest to make on television and this year is no different.

It will once again feature the combination of beautifully crafted VTs, ambitious music performances, live OBs, sporting superstars, a sold-out arena of spectators, an argument-provoking public vote, a red-carpet entrance, and much more. And, of course, it goes out live.

But some things have changed.

This year the shortlist for SPOTY has been announced in advance. Last year it was announced on the night.

“We liked the big live moment [in 2018], but people felt that they loved the build-up more,” explains executive editor Carl Doran (pictured below, left) talking to SVG Europe ahead of the big night. “So, we have gone back to announcing the shortlist beforehand.”

A live post-show programme will also be broadcast for the first time, allowing more time for longer interviews with the winners and celebrities.

It doesn’t end there. 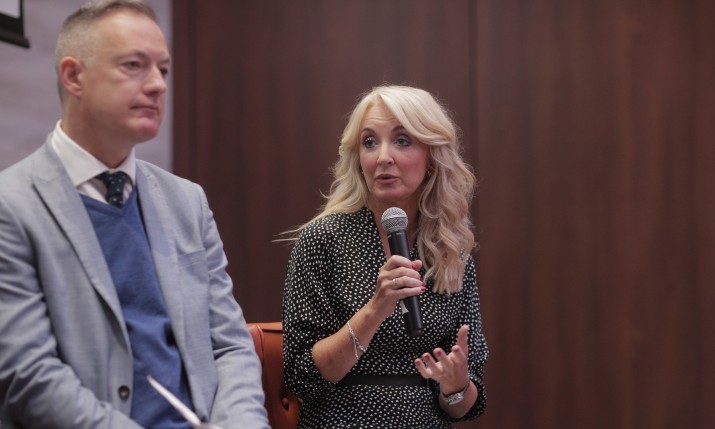 The venue is one of the big things that is different for SPOTY 2019. The show has been on the road since 2006 but this is its first visit to Aberdeen. And it is definitely the first time it has been to this venue.

Aberdeen’s P&J Live arena only opened in August this year and as a state-of-the-art complex, it is considered perfect for SPOTY.

“It’s a brilliant location, just a few minutes from the airport. It is flexible and lends itself to SPOTY and allowing us to be creative. We can broaden out the space we use into the venue concourse to allow the viewers to see the scale of the event.”

The city itself, in the far North East of Scotland, is remote in the context of the British Isles. This adds some additional complexities.

Extra travel time will be required for many of the production team and crew and some might stay in the city for two days rather than one.

That said, where possible, crew have been recruited locally. And the BBC Sport production team have tapped into the expertise and staffing from BBC Scotland to help them.

“Aberdeen has never hosted anything on this scale before. The engagement locally has been fantastic. We hope to leave a legacy. This is really important and part of the reason for taking the show on the road.”

The location has certainly been well received by the Aberdeen public, with tickets selling out in double-quick time.

With singers Lewis Capaldi and Emeli Sandé performing, plus the culmination of a 500-mile charity cycle ride being undertaken by former rugby star Gareth Thomas (pictured, below), the locals see it “like the Oscars are coming to town,” says Doran.

“Aberdeen has never hosted anything on this scale before,” he continues. “The engagement locally has been fantastic. We hope to leave a legacy. This is really important and part of the reason for taking the show on the road.”

For that legacy, Doran points in particular to the activities that are happening outside of the main event such as the ‘Festival of Sport’ which is taking place on 13 and 14 December.

Based at the Aberdeen Sports Village, the festival is offering local young people and families the chance to get involved in a range of activities from athletics to snow sports, while gaining insight and advice from top coaches and professional sportsmen and women. 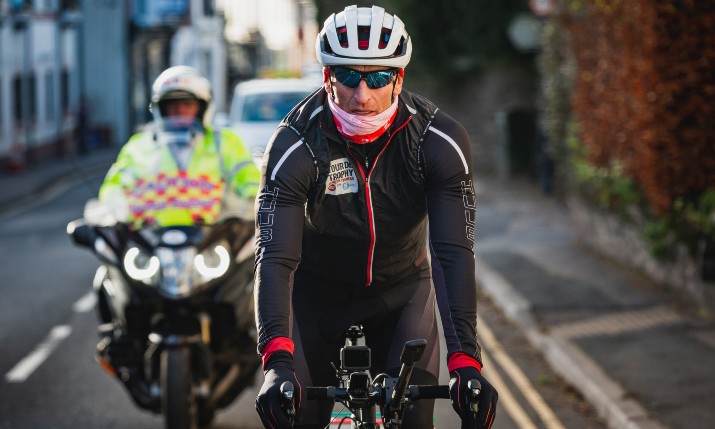 The set and staging inside the arena have been enhanced significantly for SPOTY 2019.

“The previous set had served us well for a while, but we have decided to add more screens this year,” acknowledges the show’s director, John L Spencer.

“This will allow us to use more graphics and stylised VTs as a set background which will then show more changes to the set which gives us a variety of looks which is essential for a show of this length.”

There will be as many as three outside broadcasts done on the night, all being fed to Aberdeen from wherever they are in the world, while 17 cameras will be in position to capture the action in and around the venue.

“We have an extra Furio remote-tracking camera which we hope will give us good dynamic movement towards the rear of the arena which will show the scale of the event to the audience at home.”

“We have changed the camera configuration slightly as we do each year as we move to different venues,” adds Spencer.

“The main change this year is we have an extra Furio remote-tracking camera which we hope will give us good dynamic movement towards the rear of the arena which will show the scale of the event to the audience at home.”

Timeline North, based at MediaCityUK in Salford, is post-producing the VTs for SPOTY this year.

A bespoke Media Shuttle connection between the BBC Sport archive system and Timeline’s facility has been set-up to allow clips to be pushed into a drop folder on Timeline’s Avid Nexus. These are being managed by in-house Editor Ross McAdam.

Across the three-week stint of the VTs, the team will push a total of 25 terabytes of media, all at AVC Intra 100. The workload will be split between up to six edit suites at any one time, with the fast-turnaround preview show and the VTs edited simultaneously.

Having delivered AS-11 files, the final VTs will be played out live via EVS during the show. The editing team includes Nicholas Perry, Dave Horwell, Dominic Robson-Smith, Ricky Wild, and Chris Blood. 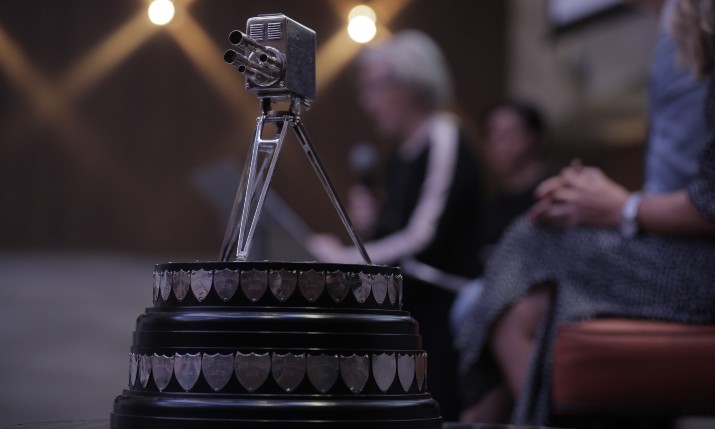 This year’s SPOTY marks the first time that BBC Sport’s in-house production team will have produced the show under the terms of its newly won commission.

They’d made it for the previous 65 years but it was put out to tender as part of a ‘Compete or Compare’ strategy launched by the BBC in 2014.

This was done, according to the BBC, in order to underline its commitment to “commissioning the best programmes for audiences, regardless of who makes them.”

The BBC doesn’t want to talk specifically about the tender, but Doran acknowledges that the aspirations for the show are as high as they have always been.

“We want to move the show on every year,” he says. “And we feel that this is the most creative SPOTY we’ve done so far.”

Adding in all the fresh elements means the production of SPOTY will be as complicated as ever.

“It’s not just the two-hour event on the night it’s everything that goes around it,” she says.

“We’re dealing with the highest level of sporting talent too,” adds Doran. “Some might not make it [to the event] because of injury or because of match or training commitments.”

This, of course, adds a whole level of serendipity to proceedings. But the ambitions, as Spencer highlights, don’t change.

“As ever the biggest challenge of a live award show will be delivering a fast-paced slick glitch-free event and delivering it to time.”

And that is exactly what they are going to try to do. 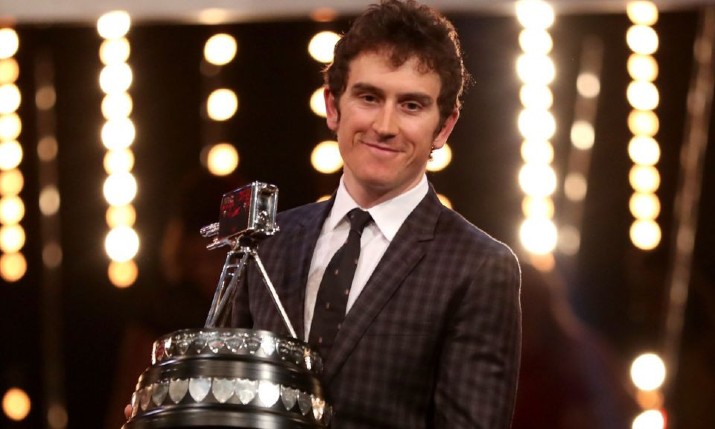 The contenders for SPOTY are (in alphabetical order):

The six sportsmen and women will compete for the public vote on the night of the live show. Last year Tour de France champion Geraint Thomas (pictured, above) took home the trophy, ahead of Formula 1 driver Lewis Hamilton and Tottenham Hotspur and England footballer Harry Kane.

In addition to the main award, the other awards up for grabs on the night are World Sport Star of the Year, Greatest Sporting Moment of the Year, Team of the Year, Coach of the Year, Lifetime Achievement Award, Helen Rollason Award, Get Inspired Unsung Hero Award and Young Sports Personality of the Year.