While BCE has covered and broadcast the sessions from the Luxembourg Parliament (Chamber TV) for many years, the exceptional measures required during the coronavirus crisis have made the existing infrastructure unusable at present.

In order to follow the required safety and security measures the Parliament moved to the Cercle Cité, a conference and event centre with enough room to follow the two metres distance between each deputy as well as between the production team members. 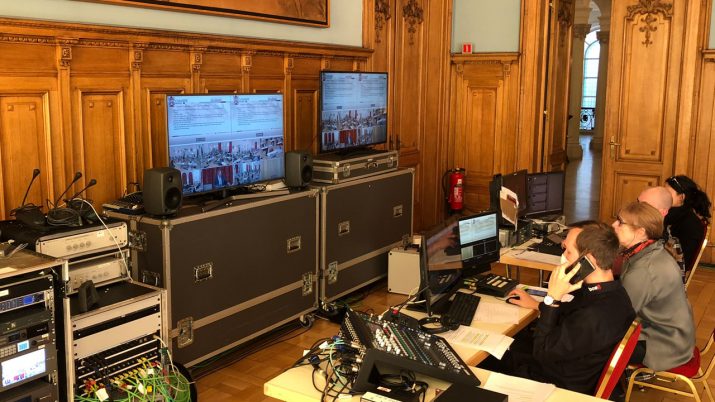 “Even with a tight schedule and strict security measures, BCE managed to install the complete production and transmission infrastructure in less than five days. The organisation was done through video conference meetings and the on-site installation was a success,” said Sven Weisen, engineering & system integration director at BCE.

On the production side, BCE equipped the Parliament with seven 4K remote cameras which are controlled by BCE’s StudioTalk, an all-in-one production solution, with multi cameras and feeds control, content management, channel branding and broadcast system. BCE ensured the standard lighting of the room with the addition of helium filled light balloons and HMI Spots for lighting the scene.

With StudioTalk, BCE can control all the remote cameras, synchronise the Chamber TV branding with 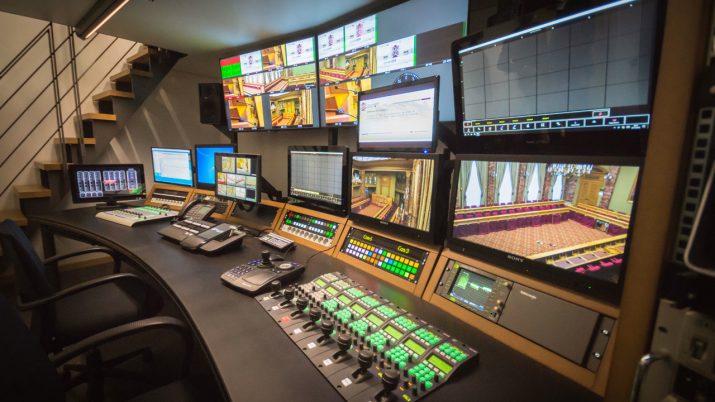 the sessions and ensure the transmission of the programme. Linked to BCE headquarters via fibre, the sessions are broadcast through the usual dedicated Chamber TV channel, live streamed on the internet, and transmitted on radio. The sessions are also available for replay on the Parliament website.

In addition, the sessions are transmitted to the Parliament building, allowing the in-house services to carry on working on location, avoiding the move of all the entity services to the new production location.

“BCE had installed a complete production platform with a dedicated control room at the Parliament building in 2018. Today, StudioTalk allows us to continue to produce the sessions at the new location despite the Covid-19 crisis. In these complex times, it is paramount to continue to inform the country and we are proud to bring this project to fulfillment,” concluded Xavier Thillen, head of production & digital media operations at BCE.