Turnkey and specialist equipment supplier Broadcast Rental, based in Hilversum, has expanded its hire inventory with the purchase of new equipment from Canon, DTC, EVS, Ross Video and Sony. 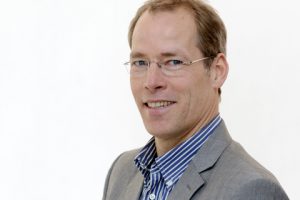 Broadcast Rental was one of the first hire firms in the Netherlands to invest in 4K and UHD equipment.

Chief executive Geert-Paul Slee said: “At the time we were pioneers, and now we see we were right. This is a lasting trend and we have made sizeable investments to serve our customers even better, offering entire mobile productions and equipment sets. We aspire to be the link that meets the broadcast industry’s hardware and software requirements. This investment helps us realise that ambition.”

DTC wireless 4K transmitters: Broadcast Rental has invested in a 4K ENG camera to test the 4K transmitters. The 4K Sony PXW-Z450 camera features – as the first one of its kind in the Netherlands – a Canon CJ14x 4.3 lens.

Slee said, “We like using an ENG camera because its audio makes it perfect for wireless use. Together with HF prints, we have developed a receiver that fits the camera’s audio slot, and enables us to receive the popular WZ transmitter in the ENG camera.

“In combination with our DTC AEON 4K transmitter the camera is ready for use in a live multicamera setting. Other companies are hesitant to buy traditional ENG cameras, favouring large sensor cameras. However, we have found ENG cameras to have many advantages, in particular, its flexibility that makes filming much faster and versatile.”

EVS: Especially for 4K/UHD productions Broadcast Rental has invested in three new EVS XT4K servers, which are also suitable for High Dynamic Range (HDR). These servers allow the company to realise 4-channel 4K/UHD sources per machine, for instance for live slow motion, highlight editing or 4K/UHD registrations. Moreover, these servers can be used as ChannelMax servers, with 12 HD/SDI channels, instead of the usual 8 channels of XT[3].

Flypacks/MCR: For projects on location Broadcast Rental has acquired a Ross Video Ultrix-FR5 144×144 router. Slee commented, “many customers ask us to do projects on location, both in the Netherlands and abroad, whenever a mobile production or studio is required.

“In those cases, the router is the heart of the production. The Ultrix FR5 is a great tool to build router functionality quickly and most of all in compact form. The Ultrix is a 12G router that can handle 4K/UHD video sources and features a wealth of options, including MADI support and eight different multiviewer ports. The whole router is built into a 15-unit flight case which means a big saving on construction time as well as the cost of electricity and transportation.

“The FR5 gives us the opportunity to do IP productions and hybrid productions using both IP and SDI, which are increasingly common these days.” The Ross Ultrix FR5 was purchased through Diginet.