BT has announced a multi-year agency deal for BT to market and sell Sky’s NOW TV service to BT TV customers. NOW TV offers Sky’s most popular content, including Sky Sports, Sky Cinema and the Sky Atlantic channel. It is expected that these new services will be available to customers from early 2019

Sky will make the full NOW TV service available on BT TV’s set top box and BT will be able to sell subscriptions to NOW TV’s great passes directly to BT customers. BT customers will be able to watch the Sky content seamlessly as an integrated part of the BT TV platform. 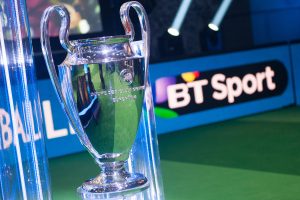 At the same time, BT has agreed to wholesale its BT Sport channels to Sky, allowing Sky to sell these channels directly to Sky satellite customers. The BT Sport channels include exclusively live UEFA Champions League and Premier League football. This will mean that satellite customers will be able to buy BT Sport from Sky as well as from BT. The agreement brings to a successful conclusion negotiations that have been on and off for a number of years.

Gavin Patterson, chief executive of BT, said: “This is an important day for BT and for our customers, who will be able to enjoy a whole range of Sky’s sport and entertainment programming on their BT TV boxes. This is the next logical step for our TV and content strategy. Having built up an outstanding portfolio of exclusive sports rights and a loyal base of customers, we feel that now is the right time to broaden the ways in which we distribute BT Sport.

“This agreement fits with our strategic goal of being the best provider in the UK of converged network services, and adding NOW TV boosts our growing roster of outstanding content from the likes of Netflix, great pay channels like AMC and all the major catch-up services,” said Patterson.

The agreement demonstrates the importance that BT places on sport as a key offering to its customers, and enables BT Sport to reach a new audience. Currently, BT TV customers can only buy Sky Sports Main Event as a bolt-on to their TV service for £27.50 per month, and are not able to choose from the full range of Sky Sports channels.

As a result of this agreement, BT TV customers will be able to take all eleven Sky Sports channels, as well as a NOW TV Entertainment pass offering great channels including Sky Living, Sky One and Sky Atlantic, which also offers box sets including Game of Thrones, Big Little Lies and Billions. BT customers will be able to buy all of this in competitively priced bundles with BT TV.