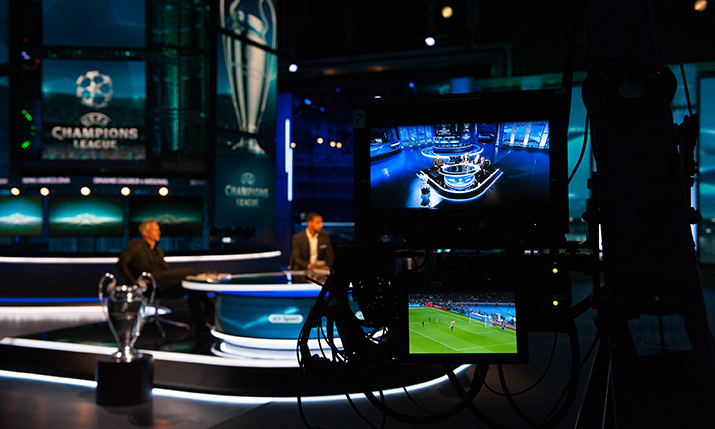 BT Sport’s host broadcast coverage of both the UEFA Champions League and Gallagher Premiership Rugby have been recognised as carbon-neutral sustainable productions by Bafta Albert, the organisation leading the UK TV and film industry’s campaign to tackle climate change.

Certification is achieved by completing a Carbon Action Plan for a production, acting upon its findings in order to reduce the carbon footprint for that production, and offsetting all emissions.

Productions that successfully achieve the levels of environmental sustainability set by Albert are awarded a one, two or three-star certificate and allowed to use the Albert Sustainable Production logo on their programming end boards.

BT Sport achieved three stars out of a possible three for the UEFA Champions League and two out of three for Premiership Rugby.

“We are always on the lookout for ways in which technology can help us to reduce our footprint.”

Unlike other genres of television, sports’ carbon footprint is predominantly centred around energy use and travel, especially when it comes to moving people and equipment between stadiums and venues.

BT Sport director of production and broadcast operations Fergus Garber was thrilled with the certification and highlighted the extensive work that had gone into gathering the travel information for the Carbon Action Plan.

“We had to collect and input a lot of data,” he told SVG Europe. “The most sizeable part of that was logging freelancer journeys. We have to give estimates about fuel that is used to get trucks up and down the motorway. And it’s all-encompassing.

“The UEFA Champions League, in particular, is very complex,” he continued, “Because of the nature of a match week. There’s not just the match itself, there is a lot of work to do around a ‘matchday minus 1’, as we call it, as well as providing services for other [international] broadcasters. An awful lot goes into the match production both home and away.

“But we are fortunate in the UK to have this aspirational mechanism to prove that your broadcast or strand of broadcasts is certified as a sustainable production.”

UEFA itself welcomed the news with marketing director Guy-Laurent Epstein stating: “UEFA is delighted that BT Sport has been awarded a sustainable production certification from Albert with regard to its UEFA Champions League productions in the United Kingdom.

“Our organisation takes respect for the environment extremely seriously and we are very pleased that an important stakeholder like BT Sport is taking steps to reduce the environmental impacts of its production of football matches in order to ensure a more sustainable future.” 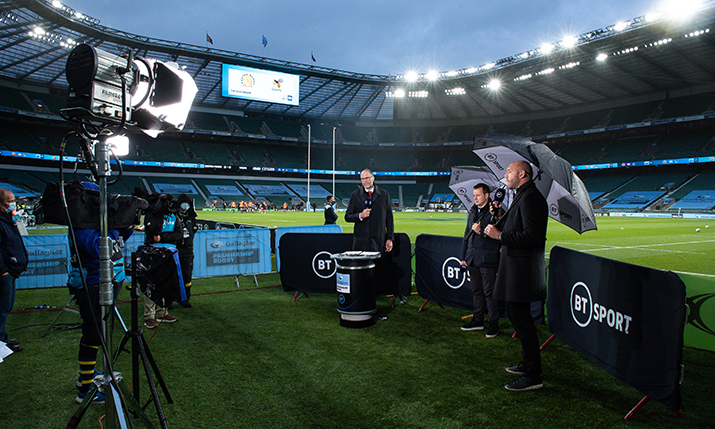 Asked whether he knew in advance that these productions would be suitably sustainable to achieve the certification, Garber said: “You never know for sure. But our production management team have a good sense of whether their show is sustainable before they embark on the process. With [the amount of] remote production [we do], we always know we stood a fair chance.”

BT Sport has an 80/20 policy when it comes to production, making a minimum of 80% of its output remotely. With the other 20%, “sometimes, editorially, [having more people on site] is the best way to do it,” said Garber.

“You always have to concentrate on the most important thing which is: how it looks on screen and what you provide to your viewers. And that has to be the best possible product. While a lot of things can be done remotely, for things like the UEFA Champions League Final you need more people on site because you have to capture and include far more of the atmosphere and give special attention to the event as well the match itself. But, when we do that, we must think about how we can be even more sustainable.

“The last UEFA Champions League Final everyone travelled by train. We were careful to put the bulk of the crew in hotels close to the stadium. Sustainability is on a level with our editorial ambitions. We make sure that everything we do fits in with our ethos of being as sustainable as we possibly can.”

The award of Albert certification is not going to be the end of the story for BT Sport, however. There are still other improvements that can be made to further reduce the host broadcast carbon footprint, explained Garber.

“EMG, especially Rohan Mitchell, the group’s ESG director, have been excellent. They are an Albert sustainable supplier and they very quickly, having done their analysis, switched over to biofuel and their entire fleet now runs on it. Film & TV also do the same. EMG now have 6 ROCs (Remote Operations Centres) in three different locations. They also use local crews whenever possible.

“The sports broadcasters are very aligned and extremely cooperative. They see it as a shared objective and that makes it much easier to make advances when everybody is pushing in the same direction.”

“Their latest initiative is to provide their broadcasters with a sustainability report for every single OB that they provide. Naturally, all of EMG’s sustainability planning helps BT Sport hit its own targets and this highlights just why it’s so important to make sure that your partners and suppliers are on the journey with you.”

There is also a drive to do graphics remotely, making use of the cloud.

“We have taken the opportunity to centralise graphics, including Piero,” he continued. “And we are investigating, along with other broadcasters, as part of the IBC Accelerator Project, the use of cloud production tools. We are always on the lookout for ways in which technology can help us to reduce our footprint.”

“The sports broadcasters are very aligned and extremely cooperative,” he concluded. “They see it as a shared objective and that makes it much easier to make advances when everybody is pushing in the same direction.”

As a member of the Albert directorate, BT Sport works alongside BBC, Sky, ITV, C4 and Netflix to support the development and implementation of Albert’s strategy and industry-wide objectives.