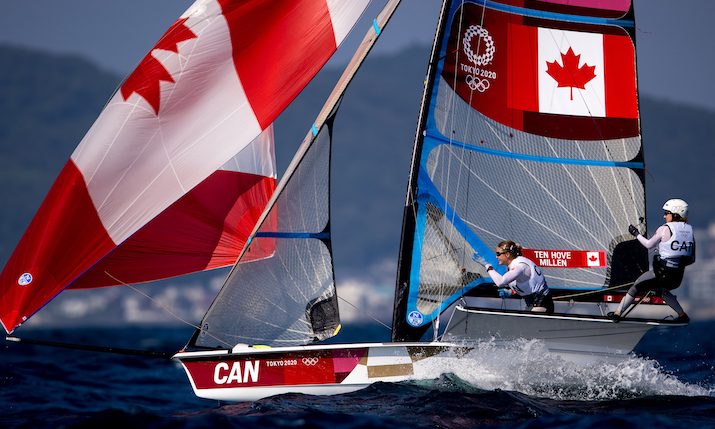 In the lead up to the Tokyo 2020 Olympic and Paralympic Games, Canada’s CBC was in need of a solution to grow its content strategy through the rapid creation and distribution of video clips to deliver to Canadian sports fans. The broadcaster wanted a cloud-based tool that would enable it to clip and edit multiple live streams and publish to social media and digital channels.

CBC adopted Tellyo as its chosen cloud-based editing and publishing platform prior to the start of the Games. More than 100 members of the CBC team were given full training and had access to Tellyo Pro, Stream Studio and Tellyo’s Adobe Premiere Pro extension.

CBC’s technical and creative team utilised the Tellyo platform to boost their productivity and speed with direct and simultaneous distribution to all social and digital destinations. This enabled them to successfully optimise its content to increase reach and engagement.

CBC’s live streams were delivered directly into Tellyo Pro and the team were able to clip and publish live streams to multiple digital and social destinations in real-time. CBC was also able to take advantage of Tellyo’s DVR on Demand to easily go back and clip content in-between broadcasts for additional fan engagement outside of live events.

Up to 14 live streams entered Tellyo Pro at one time and the platform enabled multiple editors to maximise the content offering to serve their audience with memorable sporting moments as they happened.

Throughout the Games, Canadians streamed 37 million video views on CBC digital platforms which was an increase of 62% on the PyeongChang 2018 Winter Games. In total, nearly 17 million hours of content was consumed by Canadians across CBC’s digital properties.

CBC’s digital coverage was also recognised by the International Olympic Committee as it received a bronze award in the Olympic Golden Rings for Best Olympic Digital Service.

Looking ahead to the Olympic Winter Games in Beijing in 2022 and Tellyo’s solutions will provide the foundation for CBC’s streaming, clipping and distribution across its sports properties, in particular the Beijing 2022 Olympic and Paralympic Games, and for their entertainment and news teams.