Commonwealth Games 2022: UK rights holder BBC Sport on bringing all regions of the UK together with a sustainable production 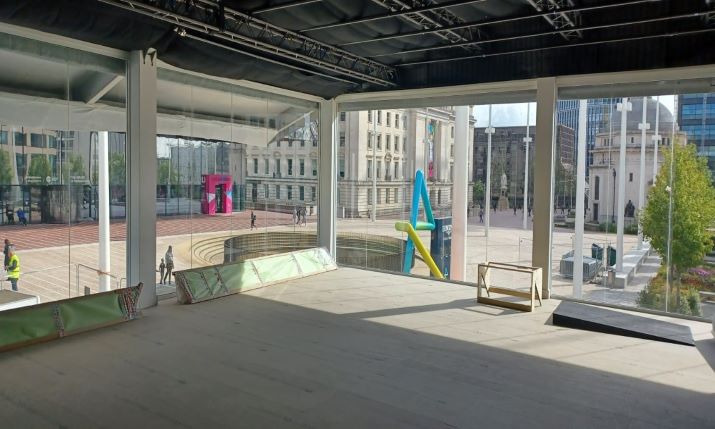 BBC Sport has positioned its main studio for the Commonwealth Games 2022 in the iconic Centenary Square in central Birmingham, England

BBC Sport is gearing up to show more than 200 hours of action across up to 11 live streams to provide comprehensive coverage of the Commonwealth Games 2022, which is taking place in Birmingham, UK.

Beginning on 28 July, all the drama and excitement will broadcast across BBC One, BBC Two and BBC Three, with more live action available on the BBC iPlayer, BBC Sport website and Red Button. The Games close after 11 days on Monday 8 August, bringing the first Games on UK soil since Glasgow 2014 to an end.

This summer is an incredibly busy season for BBC Sport. Jonny Bramley, executive producer for major events at the broadcaster, and his BBC Sport team have travelled from the 150th Open at St Andrews, Scotland, directly to Birmingham, England for the Commonwealth Championships, the start of which clashes with a broadcast meeting for the Paris 2024 Olympics that must be attended. Even before the Commonwealth Games ends, Bramley must head to Munich, Germany, for the European Championships.

Says Bramley: “It’s crazy busy. I think the other thing as well is just simply because of the effects of pandemic and Tokyo being delayed by a year, we felt we’ve kind of lost a year of planning [for the Commonwealth Games], which we might have otherwise had. So everything seems to be stacked up.

“Plus we’ve got the Paris 2024 Olympics. We’ve got the world broadcast meeting which is actually clashing with the start of the Commonwealths, which makes it tricky for us, but we’re very much into planning for Paris as well.”

“Games in your own country obviously adds extra pressures because unlike when you’re abroad perhaps, the BBC across the whole breadth of it feels like it’s sort of got ownership of the event”

BBC Sport has the UK rights for the Games, which is being produced by host broadcaster, Sunset+Vine. Says Bramley: “Sunset+Vine will be providing all the host coverage, so they’re looking after all the infrastructure venues. They’ve established the IBC as well, so we’ve basically booked all our venue facilities with them and are just liaising very, very closely with them regarding access and our own unilateral venue facilities and IBC installation. So that’s been great.

“We’ve got a relationship with Sunset+Vine that goes back a long way, and a lot of the team at Sunset+Vine are ex-BBC, both in terms of the organising and planning team, and then those who are actually delivering the coverage at the venues, so we know we’re on safe ground and we know they’ll do an excellent job.”

In terms of innovation BBC R&D is trialling a 5G RF system with two radio cameras in Victoria square on a private NPM network. This is in part to test the boundary between the non-public network and the use of public networks via data SIMs and the interactions between them. 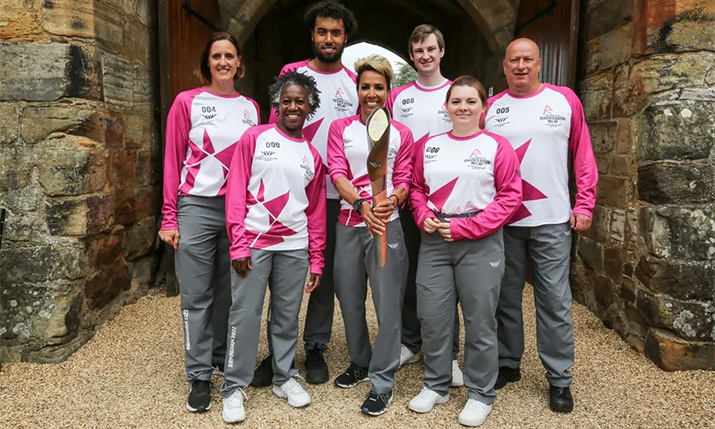 On how long it has taken BBC Sport to plan this production, Bramley comments: “This project has been ongoing probably for three years on and off, [and it has] certainly been affected by the delayed Tokyo games. But it’s all gone very smoothly. Games in your own country obviously adds extra pressures because unlike when you’re abroad perhaps, the BBC across the whole breadth of it feels like it’s sort of got ownership of the event, and especially the Commonwealths, because it’s very much something that’s big for the individual nations; for England, Scotland, Wales, Northern Ireland, and also the other areas like the Channel Islands and the Isle of Man. They all feel like they’ve got a stake in it.

“So we’re trying to not just to service our main BBC Sport output, but making sure that across the BBC, all of the other regions are being represented, and they actually can make the Games sort of feel very much part of their output as well,” he says.

He comments on BBC Sport’s relationship with Sunset+Vine: “So up to now, collaboration’s been very, very good. Now we’re getting into the detail of exactly who’s going to be where and when, and that I think is going to be the next challenge really; to make sure that we represent the whole of the BBC in collaborating with the host broadcast to ensure that everybody gets what they want and there’s enough room for all of us.”

On challenges in bringing this event to air in the UK, Bramley says, “as always, the number one challenge is doing it cost efficiently”. He goes on: “So very much at the start of this process, we were looking to be as efficient as we can, utilising existing facilities the BBC have, so it’s going to be very much a remote production. The galleries and post production will be in Salford, with all of the presentation and the venue facilities on site.

“So we’ve got a studio in central Birmingham, and commentary on site at key sports. As part of Sunset+Vine’s commitment to the Commonwealth Games Federation, they provide English language host commentary on every event, so we are again trying to maximise the amount of host commentary we use.

“But clearly, on some of the big kind of marque events like athletics and swimming, gymnastics, and cycling, we’ve got our own teams and we’ll put them in because that’s what the audiences are familiar with. They give that expertise and they’re talking from a UK point of view, but we very much making use of what the hosts are providing,” he adds.

Continuing, Bramley moves onto the challenge – and requirement for broadcasters today – to ensure they have as green a production as possible. “That obviously ties into the other challenge – the major challenge we face – which is sustainability. These days there’s a real, heightened imperative for all of us to be more responsible in our broadcasting, which absolutely ties in with economics as well, making the production remote and sharing what we can with the host broadcaster.

“We’ve got a few other ideas up our sleeve, which we’re looking at in order to improve sustainability, but the basics of the BBC’s operations now are that we don’t fly domestically. We’re always using public transport or car sharing as options.

“But as well, we’ve tried to minimise the additional footprint that we’re establishing at the Commonwealth Games,” he continues. “We’ve actually got quite a small presence in the IBC. It’s mainly a commentary and video switching area. All of our post production is going to be in existing facilities in Salford. And in terms of the main production team on site, we’re utilising existing space in the BBC’s Mailbox building in the centre of Birmingham, so not looking to book additional space in the IBC. So it’s really kind of quite a slimline operation on site.”

He adds: “We are working on some interesting arrangements around studio power and some better ways to be sustainable that could enhance how we work in the future to further reduce our carbon footprint.”

Notes Bramley: “We’re very much making sure we’re working together with both Birmingham 2022 in the look of our studio, which very much reflects and complements the look of the Games. We just feel that the economies of scale and planning [for its location] will help us there.”

On the studio itself, he adds, “it’s a real view”. The location will give viewers a taste of Birmingham and the excitement of the Games, Bramley says. “We just want to make sure we’re capturing what’s going on there, and we’ve also got augmented reality [in the studio] as well, so we’re quite excited by that. That would be for our main BBC One and BBC Two network presentation. We’ve got a separate studio for BBC Three, where we’re also on air.

“We’ve got a roaming RF camera [on the streets], which hopefully will be exploiting some of the atmosphere that’s going on within Birmingham, in both Centenary Square and Victoria Square where there’s a lot of Games-time activity, and some venues. [Victoria Square] is the finish of the marathon as well, so we’re looking at doing some live roaming presentation from there as well.”

Crew is on a three-way split with a majority emphasis on the Salford base where the coverage is actually to be produced, plus commentary and some crews in mix zones in venues, then a central Birmingham operation at the presentation studio in Centenary Square where the BBC’s production offices and support teams will also be based. “So absolutely, venue presence and studio presence, but then again, everyone else utilising existing BBC buildings and infrastructure,” says Bramley.

Adds Bramley: “Sunset+Vine will have their own host broadcast graphics team and audio on site so we’ve been liaising with them. The graphics for the BBC’s coverage of the Commonwealth Games will be provided by Moov; the host broadcast graphics team have taken the colour schemes and styles for that from the organising committee, so we are making sure that our own graphics are tailored to complement that as well.”

Max Whitlock, who has won four Commonwealth golds alongside his three Olympic gymnastic titles, will join the team of BBC Sport’s expert analysts that include fellow Commonwealth gold medallist Beth Tweddle in providing insight into the gymnastics while Olympic gold medallists Michael Johnson, Denise Lewis and Jess Ennis-Hill will be part of a star-studded punditry line up for the athletics.

Sir Chris Hoy will help cover the cycling, Rebecca Adlington, Ellie Simmonds and Mark Foster will be at Sandwell Aquatics Centre for the swimming, and Ama Agbeze, who captained England to gold four years ago, will analyse the netball action.

Follow the Commonwealth Games across BBC TV, radio and online from 28 July