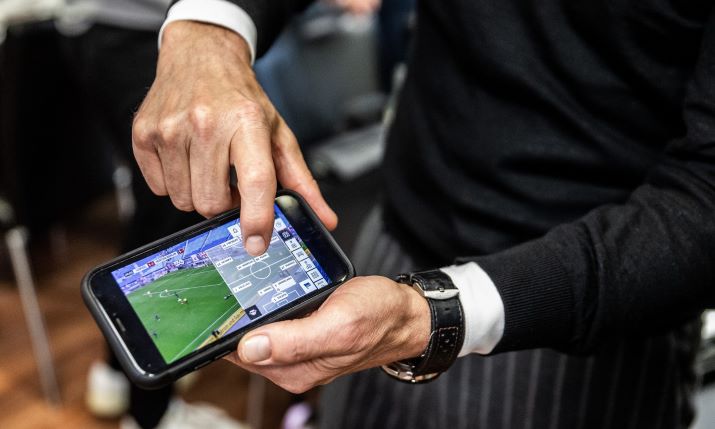 Test users in Germany had the opportunity to enjoy coverage of the recent DFL Supercup 2021 between Borussia Dortmund and Bayern Munich via a new Interactive Feed. As well as access to all the highlights throughout the game, users were able to view live match data such as Bundesliga Match Facts powered by Amazon Web Services (AWS), with relevant content overlaid on-screen during the match. Test users were also able to personalise this content and activate or deactivate it on demand.

Interactive Feed, which the German Football League (Deutsche Fußball Liga – DFL) is offering for the first time, uses the world feed live signal and synchronously integrates real-time match data and short, in-match clips. This ensures that it can be incorporated with relative ease in a media partner’s existing OTT infrastructure without the need for any additional devices.

Steffen Merkel, a member of the DFL Management Board and executive vice president of audiovisual rights, said: “With this Interactive Feed, we are endeavouring to enrich the first screen experience with a whole range of additional information. This innovation is yet more proof that live match data is becoming an increasingly integral part of football media products.”

The Interactive Feed will soon be available for the first time ever in an international market, with the DFL’s Japanese media partner Sky PerfecTV! planning to integrate the feature in its Bundesliga Live app this month. Japan’s Makoto Hasebe, who plays for Eintracht Frankfurt and is a recent addition to the Bundesliga Legends network, was among the first to try it out during the Supercup.

Further applications in European markets are set to be launched shortly. As an additional feature, a customisable, simultaneous coverage option will be offered on the Saturday afternoon of regular Bundesliga matchdays, allowing football fans all over the world to follow the matches and match events that they are particularly interested in.

The interactive live experience was developed under the leadership of the DFL’s audiovisual rights department and DFL subsidiary Sportcast. Also involved was Hamburg-based company TeraVolt, which modified and enhanced the AI-based SaaS platform TVXRAY for Bundesliga broadcasts especially for this purpose, as well as Amazon Web Services (AWS), which provides the infrastructure such as streaming, hosting and data solutions.

Tobias Fröhlich, managing director of TeraVolt, said: “It is important to us that all relevant information and scenes are orchestrated on the first screen. The game becomes an interactive and digital experience.”