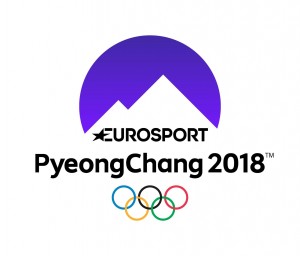 With the closing of the 2018 Olympic Winter Games, Discovery has delivered on its commitment to engage more people, on more screens than ever before across Europe.

Viewers embraced Discovery’s innovative production of the Olympic Games in record numbers, including the most immersive coverage, every minute live on digital, and the best experts analysing the action in an Olympic-first – the ‘Eurosport cube’ augmented reality studio – earned Discovery and Eurosport record audiences across platforms.

Approximately 58%** of the population watched on free-to-air and pay-TV in Discovery’s top ten markets across Europe, on its own channels, and those of its partner broadcasters, with a record breaking over 90% TV audience share achieved in Sweden and Norway. And a record breaking 76 million users enjoyed the Games online, on social and through the integrated Eurosport app, which includes free content and premium sport streaming service, the Eurosport Player.

David Zaslav, Discovery Communications CEO, said, “Discovery is proud of the consumer response to Eurosport’s coverage of the Olympic Games, brought to life by innovative production, the latest technology and local stories for 48 countries in 22 languages. Much of what we set out to do in PyeongChang, never has been done before, highlighted by delivering every minute of the action in the first-ever digital Games across Europe.”

Zaslav continued, “Our inaugural Olympic Games have surpassed expectations in terms of what we can achieve as a company, most notably with record audiences on free-to-air and pay-TV services, coupled with strong levels of traffic on our integrated Eurosport app, online and through our social channels. We believe these fans have started or deepened their relationship with Eurosport and we are excited to keep them with us for more of the biggest sports moments all year round.”

For the first time, Discovery has captured a comprehensive picture of the reach of the Olympic Winter Games across Europe, aggregating data across all platforms using a new measurement methodology endorsed by the International Olympic Committee. The three metrics, which together capture Total Video, the new ‘TV’, across free-to-air, pay TV, online and social for the company’s own platforms and those of its partners. Whether on tablets, mobile or traditional television screens, consumers are seeking and finding the Olympic Games across more and new platforms.

+ 8.1 Million Engagement – interactions across all of Discovery’s digital and social media properties, incorporating the number of likes, shares and comments on all digital properties and social platforms.

Jean-Briac Perrette, Discovery Networks International CEO, said: “Discovery was able to attract more people on more screens than ever before with 150 of the world’s greatest sport stars sharing expert analysis, the ‘Eurosport Cube’ studio providing visually engaging insights, and locally tailored content broadcasting live from PyeongChang and across Europe. We thank all our partners – from the biggest broadcasters in Europe to the big digital and publishing platforms – for joining us on this journey to engage and inspire more people with the incredible stories of human endeavor and achievement that personify the Olympic Games.”

New and younger audiences reached through digital and social channels

Digital-first delivery saw record-breaking reach of 76 million to engage new and younger audiences across Discovery’s integrated Eurosport App, Eurosport.com, Eurosport Player and owned and operated social media platforms. 15 million people used the integrated Eurosport App and Eurosport.com during the course of the Games. Eurosport Player achieved its best month ever in February, with daily video views up 166% compared to January 2018 and average daily unique viewers up by 147% compared to February 2017.

Discovery’s comprehensive and immersive coverage engaged millions of new, younger and digital audiences. Captured across its studios, athlete mixed zones and a mobile digital studio, up to 1,000 social-first short-form videos published each day, brought the Games to life across Facebook, Instagram, Snapchat and Twitter.

Eurosport also partnered with 20 digital influencers with 21 million followers to create a mobile-first take on the Games for younger audiences. The influencers, drawn from seven European markets, travelled to South Korea to share the magic of the Games with millions of fans and followers.