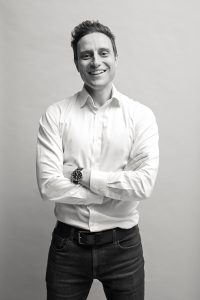 Disguise has signed up to the SVG Europe clan as a new OB/SI Sponsor, citing its desire to increase and “make strong connections in sports broadcasting”. 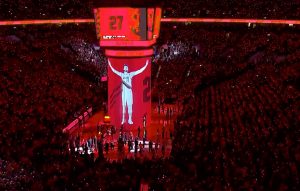 The Portland Trail Blazers’ innovative pre-game show for the NBA Playoffs wowed fans in every seat of the Moda Centre with dynamic, superhero projections achieved with the support of disguise 4x4pro media servers

The disguise technology platform enables creative and technical professionals to imagine, create and deliver spectacular live visual experiences at the highest level. With a focus on combining real time 3D visualisation-based software with high performance and robust hardware, it enables the delivery of challenging creative projects at scale.

Tom Rockhill, CSO at disguise, stated: “As a business with an ever-increasing footprint in the broadcast space, disguise sees SVG Europe as the perfect partner to position itself at the forefront of exciting new technology, and to make strong connections in sports broadcasting.

“SVG Europe is widely regarded as a thought leader in technology for sports broadcast, whose publications and events are always of the highest quality,” Rockhill added. “Having powered innovative studio installs for ITV Sport, Bloomberg and Discovery Eurosport led by our solutions partner Whitelight, disguise is partnering with SVG Europe to bring similar workflows to the wider industry.”

Turning concepts into reality, disguise has offices in London, Hong Kong, New York, Los Angeles and Shanghai, with technical teams across all to support customer needs, as well as sales recorded in over 50 countries.

With an ever-increasing global partner network and working alongside the world’s most talented visual designers and technical teams on global concert tours for artists including U2, The Rolling Stones, Beyoncé, Pink! and Ed Sheeran, live events including Coachella and the Moscow International Festival, theatre productions such as Frozen and Harry Potter, as well as an increasing number of films, live TV broadcasts, corporate and entertainment events, disguise is building the next generation of collaborative tools to help artists and technologists realise their vision.