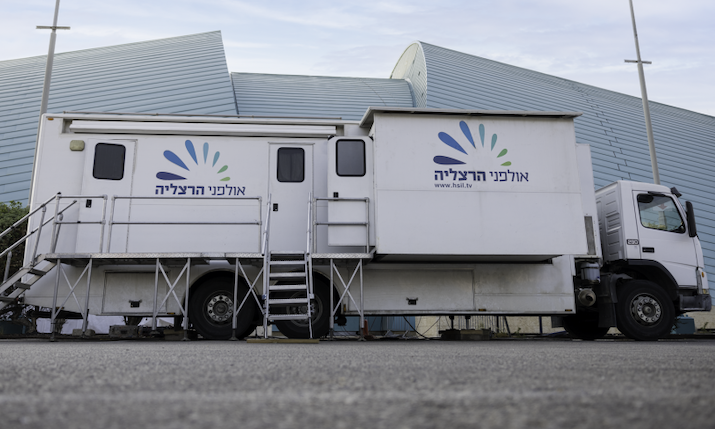 The solution has been deployed within United Studio’s flagship OB van 1, to serve the live production of the new Israeli Premier League season, which began in September. The use of LiveCeption Pure will be extended to other live sports and entertainment productions and later installed within its large-scale studio facilities located just outside Tel Aviv.

Assaf Roet, owner at Draco Video, said: “EVS’ brand name is very strong in the local broadcast market, but is often considered a premium product that is financially out of reach for many. When the time had come for United Studios to upgrade their old equipment, LiveCeption Pure offered us a unique opportunity to give them access to EVS’ leading replay technology while keeping their investment costs under control.”

The solution comprises two EVS XT-GO replay servers with one XFile3 connected archive and transcoding system to simplify multi-destination file transfer and archive processes during a live production. The XT-GO servers offer the essential functionalities of EVS’ higher-range XT servers, including uninterrupted live feed recording, slow and super motion replays, as well as clipping and playlist control. It also comes with flexible configurations and integrates all new formats from HD/FHD to UHD-4K, SDR to HDR as well as SDI/IP connectivity.

With this investment, United Studios’ OB van 1 becomes the first mobile TV production unit in the region to offer EVS technology onboard.

Quentin Grutman, chief customer officer at EVS, concluded: “We’ve been working with Draco Video for over ten years and during that period of time we’ve managed to build a strong and valuable partnership to serve our customers in the best of ways. Through our joint efforts, we’ve delivered our services to our customers in many news and entertainment production environments and we’re now very excited to see our LiveCeption Pure solution being deployed for Israel’s top sports events.”