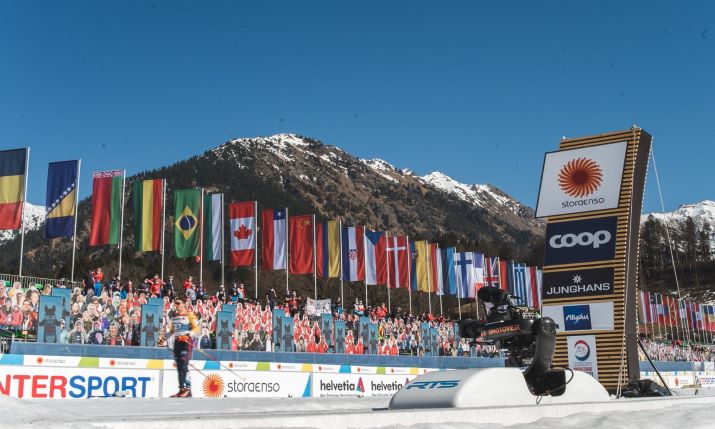 Host broadcaster Infront Productions used the IP flypack to co-ordinate a remote production, with the ski jumping production team situated a few kilometres away from the camera crew on the competition site at the Schattenberg.

Infront observed that the setup would allow sports federations and sports event organisers more opportunities to optimise the on-site resources necessary to deliver the broadcast coverage of events, while promising a more sustainable approach to broadcast operations. 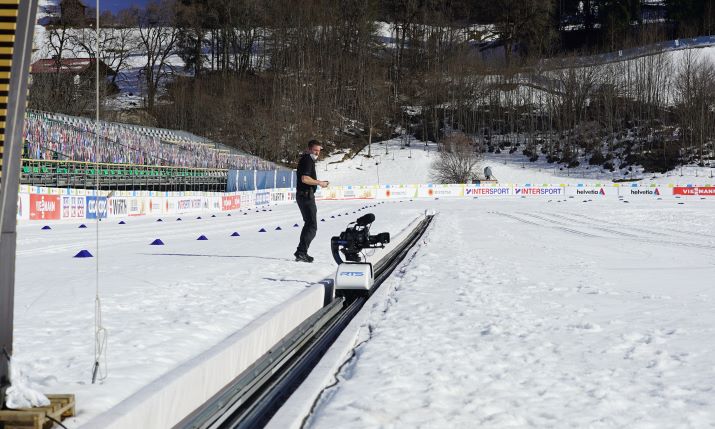 Peer Seitz, head of Infront Productions, says: “Being able to leverage the benefits of an IP-based infrastructure to implement remote production on a large scale is a testament to the strength of our long-term partnership with FIS and the adaptability of the Local Organising Committee. In a context where COVID-19-related restrictions create significant challenges, initiatives such as this, which allow us to ensure the safety of our crew while maintaining high production standards, are more relevant than ever.”

Bevan Gibson, CTO at EMG, says the diPloy IP flypack was designed to address the challenges of distributed production, and is particularly well suited for use in more challenging environments such as Oberstdorf.

“This was our first major event where we used diPloy,” Gibson tells SVG Europe. “Our customer was especially happy to have a system which on the one hand addressed their concern about keeping the crew safe by having fewer people on-site, and on the other hand adapted well to the difficult landscape.”

The championship wrapped on 7 March, with Gibson reporting the reaction to diPloy from its initial users has been “very good! “Everything ran smoothly”.

For this event EMG was situated at two venues. “We were operating a distributed/remote production model,” he explains. “diPloy allowed for a streamlined event organisation, with the ski jumping production team operating from the ‘Ried’ cross country skiing arena. The ski jumping arena, some 3km away, only hosted the camera operators covering the competition on site. This set-up differed from previous events where the complete production team and an entire technical set-up would have been located at each venue.”

The FIS Nordic World Ski Championship was covered in over 180 countries after Infront, the event’s exclusive media and marketing partner, secured agreements with 34 broadcasters.

Deployed for an IP world

“There is no doubt that IP is the future,” Gibson tells SVG Europe. “We built diPloy with sustainability in mind, something increasingly important to a lot of our clients. diPloy is completely modular. This means that you are only shipping what you need. It opens new perspectives in terms of workflows and allows for less transportation of crews, less people on site, something which especially matters given the current sanitary restrictions, but also plays a part in drastically reducing carbon emissions. diPloy has a lot of advantages, but the fact that it’s sustainable is probably the most important of all. We strongly believe that nowadays, real innovation means reducing our ecological footprint.”

The system replaces existing baseband routers with network switches, pushing data packets safely over IP networks. The control software is designed around a Northbound and a Southbound system, where the former is based on familiar broadcast control software, interfacing with the Southbound Controller that runs hidden in the background.

In diPloy, traditional OB units are divided into individual modules, each with different functions, such as video switching, audio and comms or replay. All modules can be situated off-site and are combined according to the specifications of the project and connected using SMPTE 2110, while a software defined network, GRID, acts as a traffic controller for all data streams. Tailboard modules guarantee connectivity with the outside world. 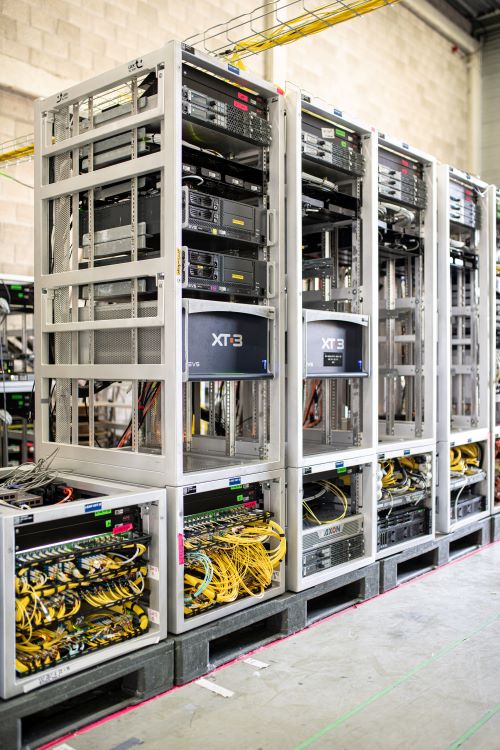 EMG is proud of its racks that power DiPloy

“Our data centre containers are a key element to how a modular system like this can work,” says Gibson. “We have many of these containers, which are specifically prepared for each event.  This means that they are only populated with the equipment that is required and they are very quick to set up once on-site. We also plan for this to be the start of our new model, which eventually will lead to more and more elements of our system remaining in a central location, alongside an increase in connectivity between that central location and where the event is happening.”

EMG anticipates a strong demand for diPloy, but this brings its own set of challenges. “The fact that a lot of 2020 events have been postponed to summer 2021 requires a lot of organisation. And because diPloy is compatible with the type of remote workflows currently requested by a lot of our customers, we are preparing for a sudden surge of requests for this system,” says Gibson. “Another challenge is updating the knowledge base of our teams. While our teams right across the group have a great technical foundation, there are particular skills required for IP operations that we need to develop, and the key to success will be doing this at pace.”

Gibson sees “an excellent knowledge of broadcast IT systems” as the key requirement for engineers working with diPloy. “We are using our central diPloy teams to distribute the knowledge and lessons learned across the entire group,” he adds. “This is a massive learning curve; while the foundations are there, exposure to these major events we are covering with diPloy in 2021 is a central part of our training programme.”

Gibson believes the technology will have multiple benefits for broadcasters. “Beyond the fact that it’s a more sustainable system than everything that has been built before, I especially like that diPloy allows you to better utilise your people and infrastructure in a way which suits you, whether on site or not on site. This definitely adds a lot of flexibility and brings a lot of new opportunities for our customers.” 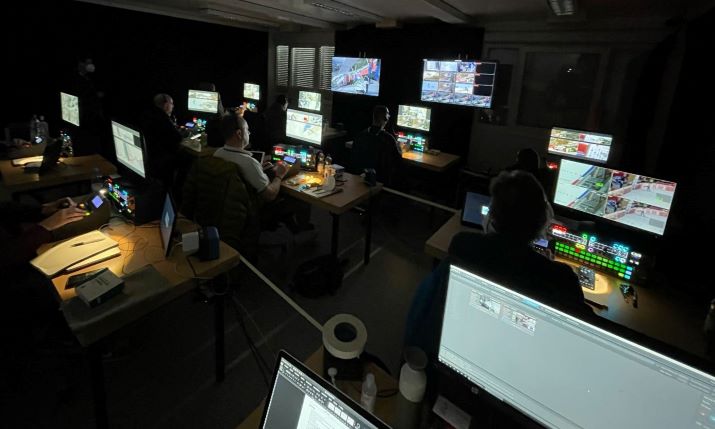 It also means, he says, “no more waiting for content to be copied off on-site storage solutions at the end of an event”.

But the key USP for the solution is to let production companies quickly deploy remote and/or distributed production.

“With diPloy, remote operations are made easier and there is a strong demand for such workflows at the moment, especially on very large events, which [the system] is well suited for,” says Gibson. “With the production teams being more keen to operate in this way, the next 12 months we will see an acceleration of these kind of productions.”

Gibson concludes: “We see diPloy as the future of all our operations, from weekly local sporting events coverage, right up to the biggest international events that only occur every four years.”

The host broadcast coverage of the The FIS Nordic World Ski Championship 2021 was the subject of a session at SVG Europe’s Winter Sports Summit featuring both Peer Seitz and Bevan Gibson. You can watch a recording below.