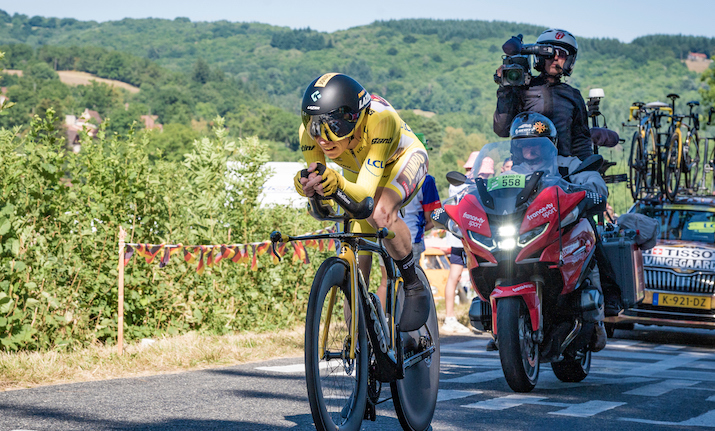 “There were many highlights over the last year for EMG and we had the pleasure to be involved in a number of major sporting productions,” says CEO Shaun Gregory. “EMG successfully delivered broadcast facilities, on behalf of UEFA, across all 31 matches of the UEFA Women’s EUROs football championships, culminating in the spectacular final between England and Germany at a sold-out Wembley Stadium.

EMG supported BT Sport in successfully delivering the UK’s first live 8K broadcast of a premier sporting event into the home, by providing an 8K truck and on-site facilities for BT Sport’s broadcast of the Saracens versus Bristol Bears Gallagher Premiership Rugby match in March,” he adds. “EMG also produced the Tyson Fury versus Dillian Whyte fight at Wembley Stadium, London, for BT Sport. Other highlights include premier cycling race the Giro D’Italia in Italy, the Tour de France, and the historic Oxford versus Cambridge boat race in the UK, alongside a host of top-class football, golf and many more. It’s been a great year and EMG is looking to more of the same next year.”

A major event for EMG over the past year was the group rebranding process in multiple countries, which saw CTV and Telegenic in the UK begin to operate under the EMG brand.

“CTV and Telegenic, market leaders in the OB space, made an amazing contribution to the market, but their consolidation delivers numerous synergies that will enhance the market value of EMG and deliver a stronger and more dynamic single entity,” says Gregory. “Removing the barriers between these divisions has delivered a stronger, more experienced, and re-focused EMG – which has a clearer and more powerful market offering, is able to better engage with new customers and markets, re-energise relationships with the existing customer base and develop more innovative technical solutions for the market. As well as this rebranding, EMG welcomed a host of new faces to the business to strengthen the business, including Lucy O’Brien as Group CTO and Neil Jones as CCO. The last two years have been exhilarating and 2023 proves to be an even more exciting year – we have a lot to be thankful for.”