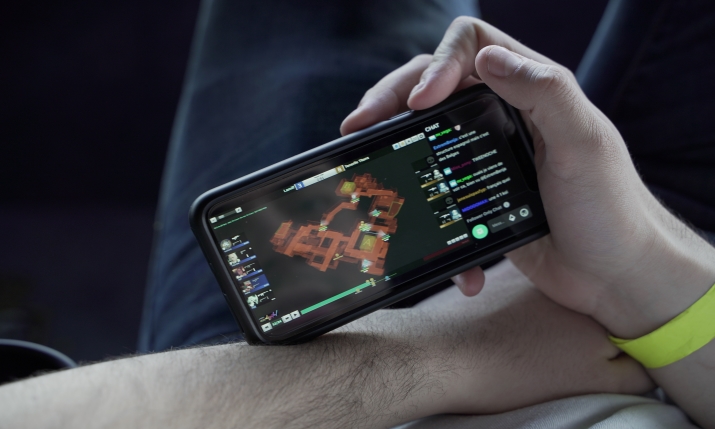 On why EMG pushed to develop these products for eSports, Matthieu Skrzypniak, chief digital officer, told SVG Europe: “We noticed that, today, eSports productions are made with traditional broadcast workflows where players screens are converted to SDI signals and processed accordingly. We tried to find other ways to approach this market. Only few events can afford high end facilities. We tried to find solutions to address sub top events with of course an open door for big tournaments.”

The LouvardGame 5.1 gathered 200 CS: GO players in Belgium for an event which led to 20 hours of streaming content over the weekend. This competition was the first qualifying round of a tournament that will culminate in a 2021 final. 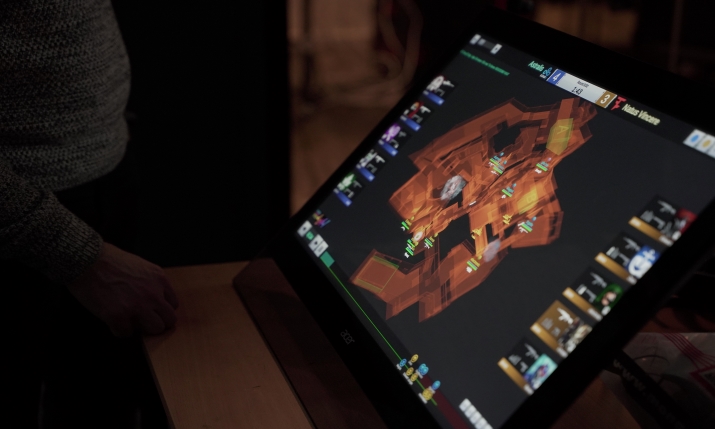 The LouvardGame 5.1 gathered 200 CS: GO players in Belgium for an event which led to 20 hours of streaming content over the weekend

The test exceeded EMG’s expectations, Skrzypniak commented: “Initially, it was supposed to be a technical test, but we eventually remained on air all the time. It was amazing to see how easy it was for the operators to use our tools. Their team learned really fast; it took less than 30 minutes to train them.”

Given this very successful first experience, Skrzypniak stated that these services are available from now on for CS:GO. He added: “Of course, we will keep working on improvement and will consider other games in the future.”

EMG’s innovation team is constantly developing and testing new methods and tools in the fields of broadcasting and video production. For this project, they developed the new tools which were integrated into the production of the CS: GO event.

These three products have been in development for a year, Skrzypniak said: “We initiated this specific project last year but of course we are developing software to enhance the sport broadcast storytelling for the last 20 years now, and the move towards eSports was quite natural. Working with eSports native young developers helped to bridge between broadcast and eSports.” 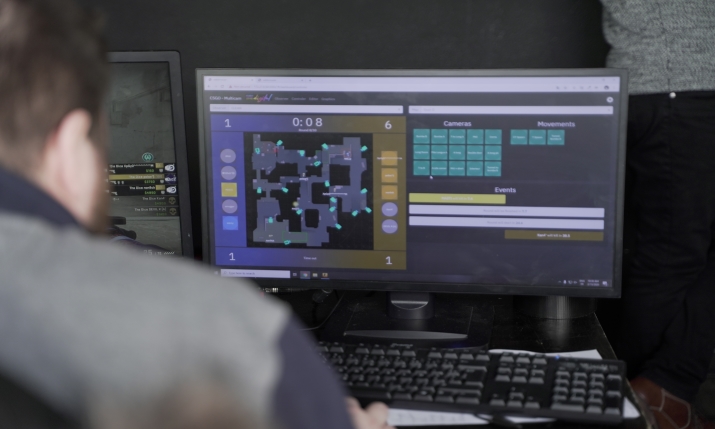 EMG’s GO: Multicam allows the observer to choose the best point of view in the game

GO: Multicam allows the observer to choose the best point of view in the game. This can be from the point of view of any player or from the list of virtual cameras added to the map by the EMG editor. It can also trigger camera movements during downtime in order to better appreciate the map. Such tool aims at enhancing storytelling by offering varying angles to the viewer and allowing them to not miss an event.

GO: Graphics aims at creating a graphic overlay entirely driven by game data, therefore providing more relevant information to the viewer. In terms of production, this system allows the user to have overlays in several languages; to integrate a sponsor in a chosen graphic environment; and it opens more possibilities for smartphone integration.

GO: Analyst allows the viewer to see the position of the players on a 3D map and replay a game section to explain it by using telestrator tools.

“eSports was so far an uncharted territory for us. It was really interesting to use the expertise EMG has developed in the field of production over the last 20 years and adapt this know-how to a completely new industry. We are very lucky to have found partners like LouvardGame and Spawn Studio, who we could learn a lot from, and based on the nice feedback we received, we intend to keep developing our tools for eSport.”