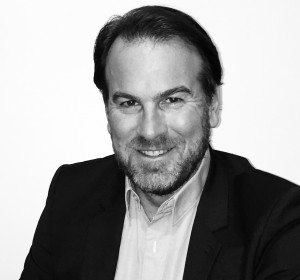 During his first visit to the annual Sportel convention held in Monaco, Lionel Vialaneix, who was appointed to head Euromedia France in February 2015, provided SVG Europe with a comprehensive update on the company’s business strategy for sports.

The company’s new corporate identity (fresh logo, company name now written as a single word, etc.) clearly signals the renewal of one of the two leading French (and European) recording and broadcast specialists. The new design coincides with the arrival of Lionel Vialaneix, who has just turned 50 and is at the helm of the French subsidiary. During the course of his career he has covered many different aspects of the profession.

“I began as a sportsman, playing high-level rugby and tennis, but then an injury forced me to give up sports so by chance I moved on to a job in radio and then in production,” he explains.

After working in the field of documentaries with Stéphane Perron at Canal+ during the late ‘90s, he took over as head of the local subsidiary of Visual in Lyon (which later became part of AMP Visual TV). Two years later, in the early 2000s, he joined Endemol and embarked upon an involvement with reality TV show Loft Story. He stayed there for eight years before leaving to join Banijay Productions.

“In the summer of 2014, the investment fund PAI acquired the Euro Media Group (EMG) and began looking for someone to head its French subsidiary, so I seized the opportunity,” says Vialaneix.

The significance of sports

Sports production now makes up 40 % of the company’s turnover, while the remainder comprises entertainment programmes, live shows and other stage productions.

“Sports are of course an important part of our development strategy. We would like to build even stronger ties with our clients and, above all, provide innovative solutions that enhance programme content. We want to offer producers and broadcasters the best solutions available so we have created a department for technical innovation and new technologies,” notes Vialaneix.

For Canal+, one of its major clients, Euromedia delivers 76 premier league football productions per year, about 40 productions for the Top 14 and Pro D2 Rugby events, and coverage of four or five athletics meetings as well. Euromedia also provides its broadcast facilities and services for the Monaco Grand Prix and RF solutions for the Tour de France.

“For the Summer and Winter Olympics we also offer numerous technical facilities, which are used extensively in North America and in Asia. As far as cycling is concerned we have also just provided innovative services for the Abu Dhabi tour organised by RCS [the Giro organisers] by installing small paluche cameras and radio transmitters on the bikes [they weigh in at about 500g per bike]. This has made it possible to broadcast magnificent live on-bike footage of the peloton,” concludes Vialaneix.

It is worth noting that with the purchase of Netco Sports in September, sports have become even more important for EMG. The company creates a wealth of innovative second screen applications for sports content.

Looking ahead, Euromedia will be in charge of producing TV coverage for the Euro 2016 football championship at the Stade de France and the Parc des Princes stadiums, which are the two primary venues for the eagerly anticipated competition.