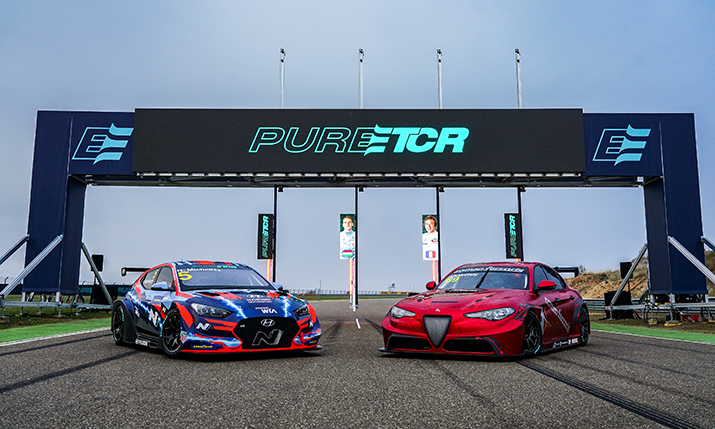 Coverage of Pure ETCR (Electric Car Racing), an all-electric, multi-brand touring car championship, will be shown on Eurosport from May after the Discovery-owned sports network signed a wide-ranging production, rights and promotional agreement.

According to Eurosport, the deal will see it provide “its sports production expertise, channels and platforms to the maximum to help increase the profile and popularity of electric racing and Pure ETCR”.

Content will be shown on Eurosport’s channels and on Discovery+, the broadcaster’s new streaming service, making it available in 75 territories including the Nordics, Italy, Spain, Germany, the UK, Ireland, the Netherlands, Portugal, Romania, Czech Republic, Greece, Turkey, Hungary and Iceland.

François Ribeiro, head of Eurosport Events, the Pure ETCR promoter, said: “Eurosport’s commitment to increasing the visibility of electric racing has been clear since it first broadcast Formula E in 2014, and with this exciting announcement for Pure ETCR, motorsport fans across the world can be assured of a top-quality level of coverage that will help them grow closer to the series and see the most exciting and engaging stories develop across the season.

“The comprehensive package of traditional broadcasting and digital streaming, increasingly via Discovery+, will help us to deliver enormous international value to our fans, competitors and stakeholders.”

The format for the Pure ETCR championship will see each car take part in a number of short, sharp, wheel-to-wheel races within ‘Battle groups’ with winners and runners-up progressing into further groups and then into a series of Grand Finals.