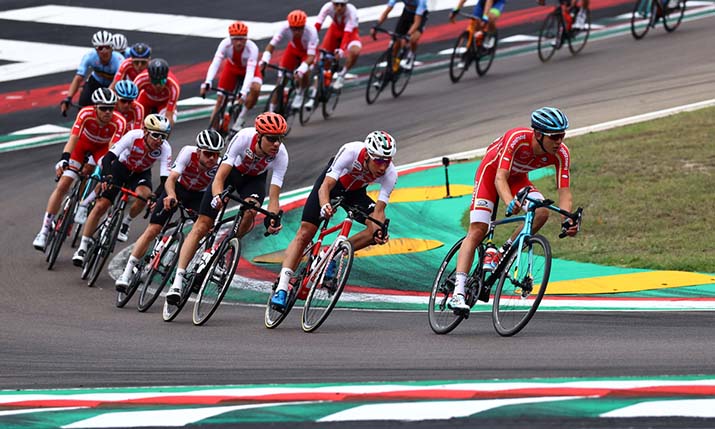 Multiple UCI events will be broadcast by Eurosports in 2021

Andrew Georgiou, president, Eurosport and global sports rights and sports marketing solutions, commented: “The new UCI agreement secured through EBU is testament to our commitment serving the world’s largest community of cycling fans, whether it be through Eurosport or GCN, and strengthens Discovery’s ties with the UCI. Discovery is already working closely with the UCI on several initiatives, with Eurosport Events set to be a key partner in delivering the new UCI Track Cycling Champions League competition, due to kick off later this year.

“2021 will be a year to remember for cycling fans and we’re delighted to be able to follow the journeys of the world’s best cyclists year-round across multiple disciplines as they prepare themselves to compete at the Olympic Games.”

Eurosport will also screen over 290 days of live men’s and women’s cycling as well as coverage of the sport’s biggest races, including every Grand Tour and over 35 UCI World Tour events screened across Eurosport, Global Cycling Network and Eurosport’s offering on discovery+.

In addition, Olympic Games Tokyo 2020 will see the world’s elite cyclists compete for 22 medals across track, road cycling, mountain biking, BMX and BMX freestyle events over 16 days of competition with every minute live and available to watch only on Discovery’s platforms.

UCI president David Lappartient added: “Cycling has seen a sharp increase in audiences in 2020, whether it be the Tour de France or the UCI Road World Championships in Imola, Italy, and across the various disciplines for which races have been able to take place in the current health context. 2021, with the Tokyo Olympic Games in particular, promises to be an exciting year and cycling should once again establish itself as a major sport for fans and television viewers.

“We look forward to this new co-operation with Eurosport, a major partner, particularly in the redesign of track cycling and the future series, the UCI Track Champions League, which will be inaugurated at the end of the year.”