Signiant is helping the independent football media business COPA90 with large scale global file transfers to over 100 million people across a multitude of online platforms and social media channels.

COPA90 relies on a close partnership with Base Media Cloud for managed multi-cloud services, integrating Signiant Media Shuttle to easily move media files around the globe and store them in accessible, searchable systems. 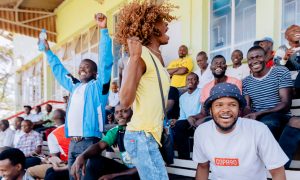 The COPA90 network stretches all around the globe

With a unique brand of fan-centric content, COPA90 has become the hub for a global football-obsessed youth culture that is driving the exploding popularity of the sport.

COPA90 started off as a YouTube channel in 2012, and has since become a distributed network across every social platform that matters to young fans, including Facebook, Instagram, Snapchat, Twitter and international platforms like Weibo in China and VK in Russia. The company is also building out its owned and operated channels and has built a distribution network of more than 200 publishers, influencers and broadcasters worldwide.

One of the best examples of COPA90’s dominance was its coverage of the 2018 World Cup in Russia last summer. Throughout the World Cup, COPA90 posted its own professionally produced content and also video from a legion of 230 handpicked ‘creator fans’ from over 40 countries. Generating huge volumes of footage, creator fans on the ground at the World Cup in Russia captured reactions to critical moments of triumph and failure, while globally other creator fans recorded responses at gatherings of people watching those same matches around the world.

“COPA90 is how football feels; it’s the emotional connection with the game, the world of fan culture, that helps us engage so many young football fans around the world. It’s also why so many brands, broadcasters and federations look to partner with us,” said Barry Flanigan, chief product officer at COPA90.

“Nowhere was that more evident last year than at the FIFA World Cup in Russia where we scaled our publishing output to more than six thousand content assets across multiple platforms, generating more than 750 million views through the tournament,” added Flanigan. “We simply couldn’t have scaled our operations for the World Cup without creating robust cloud-based infrastructure, supported by our partners Base Media Cloud and Signiant.”

Base Media Cloud, a multi-cloud managed services provider for media and entertainment companies, seeks out the best cloud-native software-as-a-service (SaaS) solutions in the industry and connects them back to its own centralised cloud gateway network and cloud storage platform. For fast, media file transfers over IP networks, both between people around the world and to the cloud, Base uses Signiant’s Media Shuttle for over 30 of its international media clients. 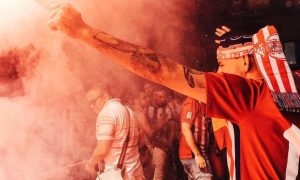 COPA90 fan creators captured the excitement of the World Cup

For the World Cup, COPA90 contracted Base Media Cloud to provide the cloud storage and file transfer technology necessary for bringing huge volumes of content back to its facilities in London and New York.

Supporting COPA90’s World Cup coverage meant quickly transferring massive volumes of files and making them continuously accessible in Base Media Cloud storage. Media Shuttle was central to the strategy, not only for getting footage from COPA90 producers and creator fans back to London and New York, but also for the migration of half a petabyte of data into Base Media Cloud’s storage platform for COPA90’s secure long term archive.

Hamilton went on: “Media Shuttle uses Signiant’s Intelligent Transport and the underlying Signiant Acceleration technology that delivers fast reliable transfers on top of UDP. While there are other commercial and opensource solutions offering transfer acceleration, what makes Signiant’s acceleration technology a great fit for situations like COPA90’s coverage of the World Cup is that it plays nicely with other traffic on the network. It does this by isolating where on the network congestion is occurring and reacting accordingly. This, coupled with Signiant’s patent-pending Intelligent Transport that leverages machine learning to optimise transfer settings through analysis of past transfer activity, makes Signiant a great fit for events like COPA90.”

Base Media Cloud also runs a fully managed media asset management and content sales portal service for COPA90, built in partnership with Wazee Digital (a Veritone Company). It performs automated encoding in Amazon Web Services (AWS), streaming and playback of content, and enables global users to view and manage COPA90 content. It also serves as a centralised library with metadata allowing for easy search. All of this is cloud hosted and managed by Base Media Cloud as part of its multi-cloud service portfolio.

“Signiant has been one of our main SaaS product partners since we launched in 2015. We now have multiple companies all around the world using our Signiant Media Shuttle and cloud storage platform to upload, download, and share broadcast deliveries,” said Ben Foakes, managing director at Base Media Cloud. “Media Shuttle is a really rock-solid solution, which has run consistently on our platform since 2015, dealing with Petabytes of content ingest and delivery.”

“What we are providing for COPA90 is unique in that it allows a business with minimal on-premise infrastructure to do really big events and to work at a global scale,” said Foakes. “We provide cloud storage, but we don’t charge egress fees, so the costs of storing and transiting masses of data with Base Media Cloud are very predictable and manageable for our clients. We are bringing the power of multi-cloud services, including Signiant, when and where they need it most, without any of the hassle of looking after the technology in-house.”

Signiant is working to move its technology forward so it can continue to manage the ever-increasing data loads generated by the likes of COPA90, and fans. Said Hamilton: “Signiant has long been focused on improving its technology for the media industry to meet the needs of ever-increasing data loads. The company has numerous patents in the space, and has a new patent-pending transport in progress that incorporates machine learning to optimise transfer speeds. Signiant also continues to innovate in cloud technology. That includes the development of new SaaS solutions, and continuing to improve our technology that moves data into, out of and between cloud storage and other cloud services.”