The FIFA Women’s World Cup France 2019 kicked off two weeks ago and already, with an action-packed first round of group matches, has attracted record audiences in major markets. 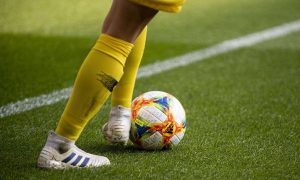 Football fans across France gathered around their TV sets for the hosts’ 4-0 opening win, resulting in a huge record combined audience of 10.655 million viewers. An impressive 19.728 million Brazilians tuned in to see the Seleção Feminina’s 3-0 victory over debutantes Jamaica, while a comeback by the Azzurre brought a record women’s football audience of 3.301 million to Italian screens, and the all-British clash between England and Scotland attracted a record women’s football audience in the UK with 4.019 million viewers.

Over the course of the competition, FIFA aims to reach one billion fans worldwide. With fans consuming match coverage across different platforms, FIFA is auditing for audiences on TV, online and out of home (unless specifically referenced, these figures here are preliminary and do not include digital streaming or out-of-home viewing).

In Group A, the major highlight was France versus Korea Republic, the opening match of the Women’s World Cup. TF1’s whistle-to-whistle coverage was watched by a record average audience of 9.829 million viewers and peaked at 10.9 million viewers, while Canal+ attracted 826,000, making a combined match audience of 10.655 million viewers. This represents almost half of all people watching TV at the time in France (combined share 48.0%).

This was the highest ever audience for live women’s football coverage in France, over double the previous high of 4.12 million viewers for the Germany v. France quarter-final of FIFA Women’s World Cup Canada 2015. It was also more than double the audience for the French men’s EURO 2020 qualifier against Turkey the following night (5.1 million), and higher than the average audience for France’s group stage matches at the 2018 FIFA World Cup Russia with 10.177 million (source, Médiamétrie).

In the UK, BBC1’s coverage of France v. Korea Republic achieved an average audience of 1.784 million viewers (3.0% TVR and peak of 2.528 million), which was higher than that achieved by any previous FIFA Women’s World Cup match (including home team matches) (source: BARB).

In Germany, ZDF’s coverage of the opening match attracted an average audience of 3.12 million viewers (4.1% rating). This audience was higher than any neutral match audience that was achieved during FIFA Women’s World Cup 2015 (2.32 million viewers for the group stage match Sweden v. Nigeria) (source: ZDF).

Highlights from Group B with Germany v. China PR show that coverage of China PR’s opening match was aired live by CCTV at 20:00 local time and achieved an average audience in China of 12.032 million viewers. In total, 20.596 million viewers saw at least some of the broadcast (one minute reach). This audience was comfortably higher than any FIFA Women’s World Cup audience achieved in this territory during the previous two editions. The highest audience achieved during the 2015 edition was 8.532 million viewers for the quarter-final between China PR and USA (source: CCTV).

Meanwhile, for the Spain v. South Africa match, live aired live on free-to-air channel GOL in Spain at 18:00 CET. The match drew an audience of 859,000, representing 1.9% of the potential TV audience in the market, more than five times the typical audience for the channel in this time slot. This did not quite match the highest audience during the FIFA Women’s World Cup 2015, when Spain’s highest rated match drew 959,000 viewers on Teledeporte, although that match aired in Spanish prime time (kick off 22:00 CET) (source: InfoSys).

For Group C Australia v. Italy game, coverage of Italy’s opening match was aired live on Rai Due and Sky Sport Uno at 13:00 CET and achieved a record combined audience of 3.301 million (2.826 million on Rai and 0.475 on Sky Sport), equivalent to 5.6% of the potential audience. This audience far exceeds any seen for the FIFA Women’s World Cup or women’s football in general, with the Sky Sport audience alone more than double the highest audience achieved during the 2011 edition, with 202,844 viewers for the Japan v. USA final (Rai Sport 1). No dedicated coverage of the 2015 edition was aired in Italy (source: Rai / Sky Sport Italia).

In Australia, the match against Italy attracted 570,000 viewers (2.5% TVR) on SBS (21:00 local time), peaking at 818,000 viewers and with 1.405 million people seeing at least some of the coverage (one minute reach). The match achieved a share of viewing of 13.9%, over four times the SBS average of 3.4%. This audience is well in excess of any achieved in Australia during the two previous editions of the competition, the high for these events being 345,000 viewers for coverage of the 2015 quarter-final between Australia and Japan (source: SBS).

Argentina’s draw with Japan was aired live by TV Pública with a Monday afternoon kick-off time of 13:00 local time. The coverage achieved a television rating of 1.1%, representing an audience of 472,300 viewers. This was substantially higher than any that were achieved during the previous two editions, in which Argentina did not participate: 10,848 viewers for the Brazil v. USA quarter-final in 2011 and 51,968 viewers for the 2015 final between USA and Japan (both on DirecTV) (source: Zenith Argentina).

In Group E, live coverage on Dutch free-to-air channel NPO1 achieved an average audience of 1.613 million viewers, representing 10.2% of the potential TV audience in the Netherlands. Viewing peaked at 2.248 million viewers. This was the most watched broadcast of the day for in the Netherlands, winning a higher audience and a greater share than NPO’s primetime programming. The match produced an impressive 79.7% share of all people watching TV at the time (source: NPO).

In Group F, live coverage of reigning champions USA’s opening match against Thailand aired on Fox at 14:38 ET, achieving an average audience of 2.626 million viewers. Viewing of the record 13-0 victory grew steadily, peaking at 3.023 million between 16:30 and 17:00. This audience comfortably exceeds those for group stage matches from Germany 2011 when ESPN’s coverage aired in similar time slots and averaged 1.401 million viewers.

Later in the day, delayed primetime coverage of the match aired on Fox Sports 1, attracting an audience of 491,000 (0.2% TVR) (source: NBC Universal/Fox).

Live coverage of Chile’s first-ever FIFA Women’s World Cup match (kick-off 13:00 local time), held against Sweden, was watched on Chilevisión by 7.3% of the potential audience in Chile, accounting for 41.3% of those watching TV at the time (equivalent to a projected national audience of 1.257 million viewers). In total, 18.2% of Chileans watched at least one minute of coverage (equivalent to 3.135 million viewers).

The match was also streamed live on the Chilevisión’s digital platforms, during which there were a total of 959,747 video views made by 855,139 unique users (source: Chilevisión).

On Sweden’s free-to-air broadcaster TV4, live coverage of Sweden v. Chile produced an average audience of 975,875 (10.0% of the potential audience), peaking at 1.293 million. With a share of 43.6%, the match attracted the day’s highest audience on Swedish TV, outperforming all other programmes (source: TV4).