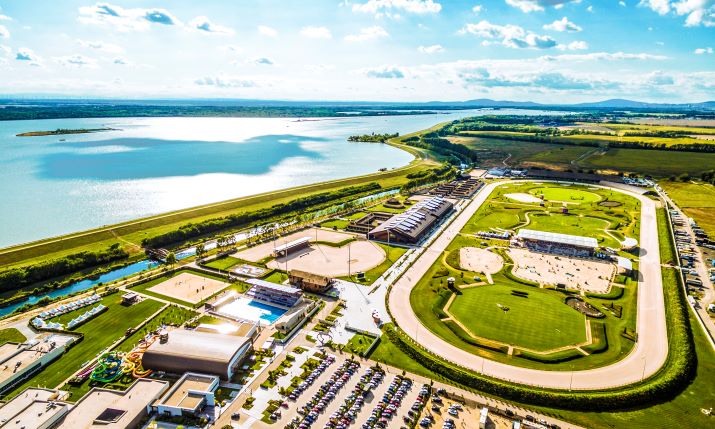 FilmNova will deliver a complex engineering solution to ensure that coverage is captured from all corners of the 30km course at the x-bionic sphere in Šamorín, near Bratislava, Slovakia, for the Professional Triathletes Organisation

The Professional Triathletes Organisation (PTO) has commissioned production company FilmNova to deliver live coverage of the PTO’s flagship event The Collins Cup, which is set to take place on 28 August at the x-bionic sphere in Šamorín, near Bratislava, Slovakia.

FilmNova will work with multi-award winning director Martin Turner who will head the broadcast team as executive producer.

The Collins Cup is a new race format modelled on the Ryder Cup golf, which will see teams of International, European and USA athletes pitted against one another. It aims to create and use the excitement, rivalry, drama and personalities of the sport of triathlon to attract a wider fan base.

FilmNova will deliver a complex engineering solution for the world feed to ensure that coverage is captured from all corners of the spectacular 30-kilometre course. Mobile cameras, including 12 Motos, Heli-Tele and drone, will use a combination of RF and 4G linking to relay the dynamic shots.

The camera set up at the start, finish and transition areas is equally impressive with robotics, jibs, steadicams, pole cams, buoy-cams and handhelds to cover athletes through the transition to the closing stages of each race. 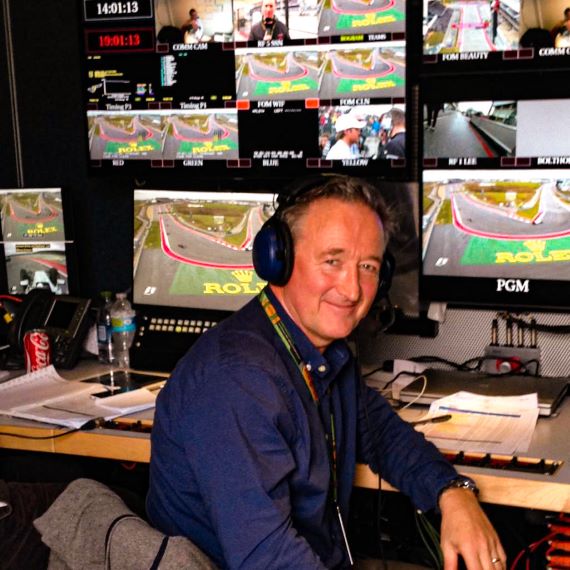 Adding to the innovation will be team captain and rider audio communication with the team captains for USA, Internationals and Europe being based at the transition and finish areas in an area that will resemble the pit-lane set up of F1 bosses. They will have access to isolated camera feeds and two-way communication with team members out on the course.

Athletes will all have wearable technology providing biometric data that will be brought to life on screen as well as populating geographical 3D locator graphics of race groups (and riders within those race groups) to enable Ryder Cup-style predicted match scores. In addition to the live specialist cameras, a Bolt-X robotic camera will capture every athlete in advance for use in athlete intros, as well as in-race through transition.

At the heart of the coverage will be passionate athlete storytelling and a determination to inform and update viewers. With 12 mini races setting off eight minutes apart, there will be continuous coverage of what is happening and what is expected to happen, including on-screen match scores and predicted scores for ongoing races.

In-picture clips and stylised mini-features from the athletes will inform viewers of their race strategy and approach to key disciplines. Given the PTO’s policy of gender equality, both men and women match races will be given the same detailed build-up and equal broadcast coverage. FilmNova’s world feed coverage will be led by director Matthew Coliandris and programme producer Jim Bentley.

No stranger to directing and producing award-winning broadcasts, Turner will head the broadcast coverage team and build on the foundation already laid with the success of the PTO 2020 Championship at ChallengeDaytona broadcast which was shown in over 126 countries.

Turner, who created the world’s first dedicated Formula 1 Channel – Sky Sports F1 – and was awarded Formula 1 Broadcaster of the Year for two years in a row before becoming head of Sky Sports F1 coverage in Europe, stated: “I am excited to deliver the quality broadcast coverage that Triathlon fans are desperate for. The PTO are creating world-class sporting events like The Collins Cup with the aim of putting innovation and world-class storytelling at the core of our television product with the aim of making our superstar athletes like Alistair Brownlee and Lucy Charles-Barclay household names.”

Phil Sibson, managing director, FilmNova, commented: “We were struck by the drive, ambition and ethos of the PTO and their fantastic concept of The Collins Cup. We have worked hard to develop a broadcast solution that will match this in innovation and scale, while providing engaging and compelling storytelling that we know will excite audiences.”

Sam Renouf, chief executive officer of the PTO, stated: “We are thrilled to have FilmNova on board working alongside Martin to deliver our inaugural live broadcast of The Collins Cup to a global audience of triathlon and sports fans. Innovative production values and compelling storytelling are key to creating a broadcast platform to leverage the excitement, rivalry and drama of The Collins Cup while showcasing the personalities of our amazing PTO athletes to a wider audience.”