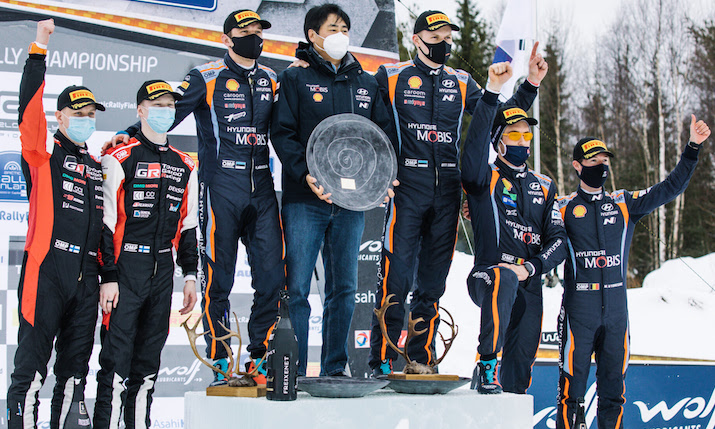 The city of Rovaniemi attracted a star-studded line-up for the first ever Arctic Rally Finland powered by CapitalBox, with the world’s best rally drivers taking to the snowy roads of Lapland on the 26-28 February.

The 2021 event was contested over ten stages totalling 251.08km in competitive distance and featured 56 entries representing 24 countries. This year marked the first time the event has been run as a round of the World Rally Championship.

Global interest in the event was high, with views on the subject reaching 5 billion even before the race had taken place. It is estimated that the before-race value of gained media was in the region of 45 million euros with views on social media valued at 400 million euros.

The Finns had a lot to celebrate at the event, with EsaPekka Lappi and Janne Ferm taking first place in the WRC2 class, while in WRC3 the winners were Teemu Asunmaa and Marko Salminen.