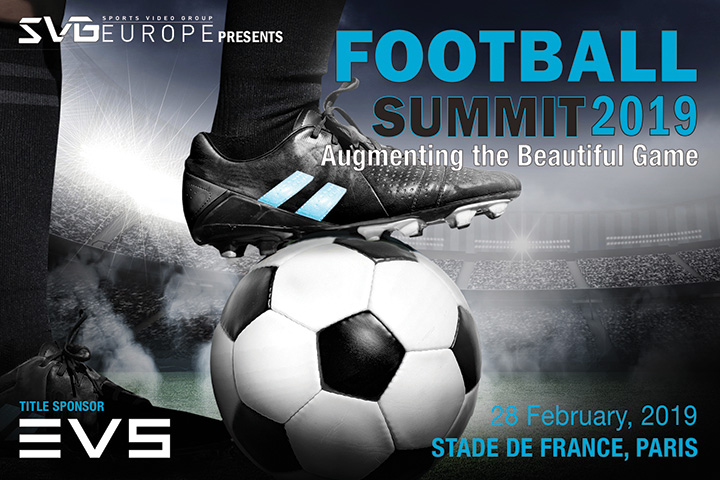 SVG Europe is pleased to announce that EVS has agreed to be the Title Sponsor for next year’s Football Summit which will take place on Thursday 28 February at the Stade de France in Paris.

The Belgian live video technology company is supporting the event for the second year running and will, among other things, set the scene on the day by providing the Summit’s introductory remarks.

EVS equipment will also be on show in the technology showcase area during the Summit.

SVG Europe executive editor Fergal Ringrose said: “We are hugely grateful to EVS for its continued support of the Football Summit. As with all our sponsors, without them, we wouldn’t be able to put on these events for the benefit of the wider sports production and broadcasting community. It is great to be working with them again.”

The Football Summit will feature sessions on Spain’s LaLiga and the upcoming FIFA Women’s World Cup in France, a discussion about the potential of AI and automation, an augmented reality showcase and a match directing masterclass.

“The Football Summit programme is really strong for 2019,” added Ringrose. “It promises to be another excellent event.”

As with all SVG Europe events, the Football Summit will also include ample networking opportunities as well as a ‘behind the scenes’ tour of the Stade de France.

The full programme, billed as ‘Augmenting the beautiful game’, is currently being finalised with speakers due to be announced shortly.

To discuss sponsorship opportunities at the Football Summit, or any other SVG Europe event, contact Clare Sturzaker or Nicky Lane.