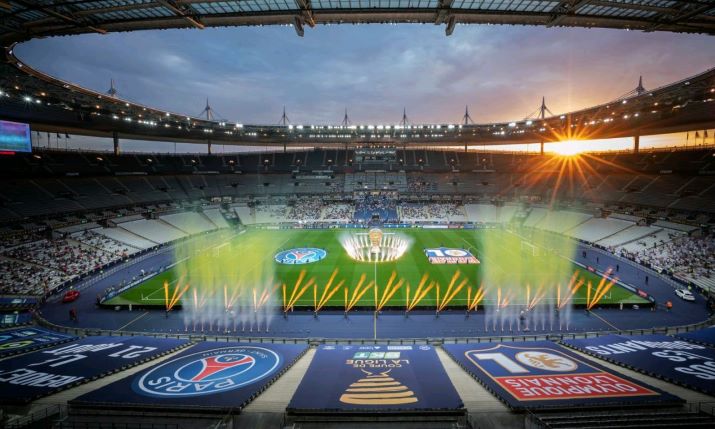 XD Motion was able to help host broadcaster of the Coupe de France, France Télévisions, with its plans for the Cup Final between Paris St Germain versus St Etienne on Friday 24 July.

The premier knockout cup competition in French football, the Coupe de France, (also known as the Coupe Charles Simon,) is organised by the French Football Federation.

This was the first match to be held at Stade de France in five months, following COVID-19 lockdowns.

France Télévisions engaged XD Motion to provide its X fly 3D for both the Cup Final and the League Final – the Coupe de la Ligue – with Paris St Germain versus Lyon on Friday 31 July.

Due to COVID-19 health and safety restrictions, host stadium of Paris St Germain, Stade de France, could only allow 5,000 spectators to view the Cup Final instead of its full capacity of 80,000.

Health and safety concerns extended out, of course, to the broadcast crew, including XD Motion’s technical team. 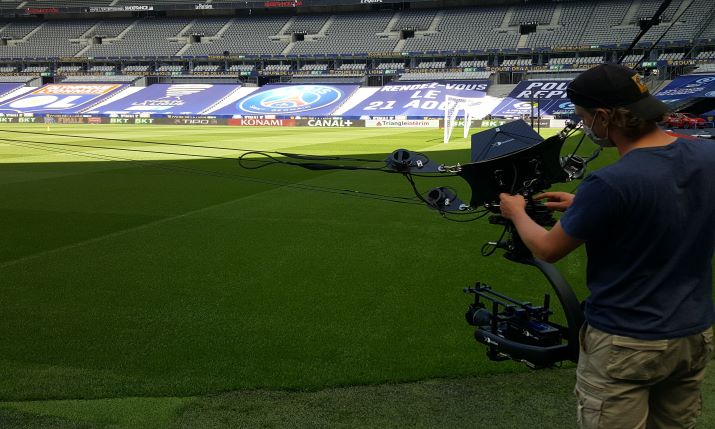 France Télévisions used two OB trucks rather than one for each match, to allow staff to socially distance during the production.

On the installation of the X fly 3D at Stade de France, which was carried out once for both matches, Benoit Dentan, CEO at XD Motion, told SVG Europe: “Our technicians had to prepare the X fly with [numerous, very] restrictive rules [in place due to] the virus, wearing masks permanently. Restricted zones where the teams [were located] were 100% closed to any access for our technicians, [which was part of what] we had to manage during the installation.”

All staff were required to fill out COVID-19 questionnaires prior to being granted access to the stadium.

Once inside, each team member had to remain in the centre of a four metre square area so as to keep a one metre distance between themselves and any other person.

Finally, the fireworks display for the Cup Final caused some issues for XD Motion’s team, who had to work with the fireworks company to avoid risk to its equipment, the teams and the spectators.