Producing content for The Gaelic Athletic Association (GAA), the Irish community-based volunteer organisation promoting Gaelic games, culture and lifelong participation, is no easy feat due to the frequency of matches and popularity of the games themselves.

With sporting matches taking place across the country and often simultaneously, the Irish production company Nemeton TV needed a cost-effective and reliable way to deliver this content for the GAA. 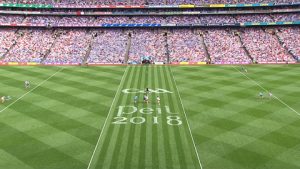 The GAA is Ireland’s largest sporting organisation. GAA sporting matches are an important part of Irish identity and culture, keeping many traditional national sports alive. Therefore, for the GAA it is crucial that these are accessible by everyone across the country.

The matches in all of these leagues and championships take place at county and local grounds all over Ireland, with the finals for all the Leagues and Championships, played at Europe’s third-largest stadium, Croke Park in Dublin. 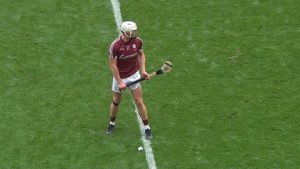 However, the structure of the National Leagues changed in 2018, meaning that up to three games may be played simultaneously. This posed a problem for Nemeton TV as it could not handle the larger number of feeds that needed to come into its base in County Waterford; three matches means a need for six receive/decode channels, so Nemeton needed a way to deliver four extra channels compared to the single-match system used previously, without taking up valuable studio space or overly increasing costs.

Even before it was obvious that extra feeds would be needed, Nemeton TV had approached Open Broadcast Systems about the feasibility of adding DVB-S2 demodulation and Basic Interoperable Scrambling System (BISS) Descrambling on its C-200 decoder platform. This would allow the C-200 decoder platform, until then used for decoding IP transmissions, to decode DVB-S2 satellite feeds encrypted with BISS (feeds were all received via satellite). While decoding DVB-S2 feeds with BISS has been routine for years, this usually required expensive single-channel receivers. In contrast, the C-200 is based around standard IT hardware and can receive, decrypt and decode multiple feeds at the same time.

When it was obvious that extra channels were also needed, Open Broadcast Systems was additionally tasked with developing a solution that could handle all of those processes across four channels simultaneously.

Commented Kieran Kunhya, managing director at Open Broadcast Systems: “This was the first time DVB-S2 demodulation and BISS descrambling had been added to any of the company’s decoders or encoders. Therefore, the team spent time developing code that would enable those processes to be a seamless part of the decoder. This is something that can now be copied across to any of the company’s encoders and decoders, enabling customers to easily and cost-effectively process satellite-to-IP feeds.” 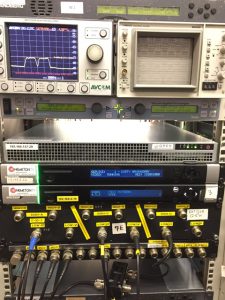 The C200 decoder was also adapted to decrypt and decode four high-quality 10-bit feeds at the same time on a single server, meaning those extra feeds for simultaneous matches could be handled from just one box. The resulting solution also requires very little power and naturally uses much less rack space than the alternative box per feed.

On the challenges for Open Broadcast Systems in providing this solution for Nemeton TV, Kunhya states: “The challenges were opposite to what most manufacturers have. Most are generally adding IP features to a legacy satellite product, while we were adding satellite features to an IP product. So we had to get the engineering team, most of whom had limited experience with satellite, to understand all the legacy and traditional satellite requirements, working closely with Nemeton to understand their goals.”

Having shipped a test unit within the space of a few weeks, Nemeton was able to spend the best part of a month testing the software before ordering the software licences for the start of the season.

Said Fiachna Mac Murchú, technical systems manager at Nemeton TV: “The Open Broadcast Systems team very quickly responded to our unique requirements and developed a cost effective yet extremely reliable solution for us. Despite handling a great deal of feeds and processes in just one box, the GUI is really simple to use.”

Kunhya added: “It’s valuable to be able to have a product that can go from traditional satellite feeds to uncompressed IP in the same unit; there are likely no other similar products. The density is also useful in facilities where rack space is limited. The solution will also allow content providers to downlink content in another location, possibly from satellites outside their geographic footprint, and transport content over IP for processing on-prem or in the cloud.

“We have also have interest in providing the solution in countries where it can be difficult to import broadcasting equipment since the solution is based around commodity IT hardware that is easily obtainable,” he went on.

Open Broadcast Systems is ready to roll its solution out to other clients, Kunhya stated: “It’s likely that this solution will be used in other projects, allowing a single device to perform lots of satellite and IP related functions, saving a large amount of space and cost. We are also currently working on supporting the next generation BISS-CA standard for enhanced security for sport and other high value content.”