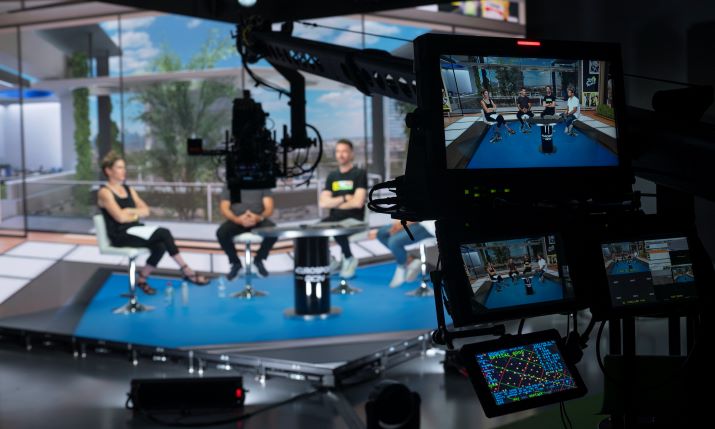 Warner Bros. Discovery Sports is set to showcase the inaugural Tour de France Femmes from the launch of the race on Sunday 24 July. This exciting new event is getting the full Warner Bros. Discovery Sports treatment, with live coverage, the Cube, highlights and wrap around content, and the best pundits, reporters and commentators in the cycling business bringing every moment of the eight day long event to viewers.

“We finally get to hero worship the goddesses; it’s what we’ve wanted to do for a long time”

The group discussed the women’s Tour and their expectations of what viewers will get out of this exciting new event. Been said it is going to be an action packed event with the best female cyclists all hitting the road: “There’s not one superstar that stays at home,” she said. “This is the best of the best of women’s cycling and there will be a story to tell every day. Not only of the story of the women, but also the story of who was in the breakaway, and now we have the podium to tell all of these stories.”

Chennaoui added: “No disrespect to the guys at all, but I think the stories in women’s cycling are so much more colourful and textured. There is just more depth to them because a lot of women have had to live separate lives as well as on the bike, which makes you identify with the riders even as you worship their greatness.”

“But [still] I have things said to me like, “you do know a lot about cycling…. for a woman”. Do you want to give me a compliment or do you want to insult me?”

Slappendel said: “As a rider, it’s nice to know your achievements are visible. It’s not just finding your result online or it’s not just about the top three in a race, it’s about the breakaways, the earlier moments, all the incredible riders that are at the start line on Sunday. They will all make their mark on this race and be visible.

“It’s really important that we can watch this live and that there are experts in every country to report on the race, continued Slappendel. “As a rider, that is the coolest thing about this, that it is being shown all around. I think it’s really important. You see that not just at this specific race, but at all of the races because you can see the careers of the riders. They can really show themselves and that will have an impact on their careers.”

Chennaoui added: “I think we’re also aware of the importance of this place in sporting history not just cycling history and that brings quite a responsibility on all of our shoulders to get this right. And responsibility of ASO – the race organisers – they’ve got to put on a display that is worthy of the female peloton. We want to make sure that everybody is doing justice really.

“I’m so excited at the use of the Cube, which we’ve been doing for the men’s race, and giving the parity of platform to women’s racing. That’s where we’ve been trying to get to. We had the women’s Paris-Roubaix and I was in tears, it felt like we were getting somewhere. It was that issue of visibility and having women visible across all platforms of this sport,” continued Chennaoui.

Concluded Chennaoui: “We finally get to hero worship the goddesses; it’s what we’ve wanted to do for a long time.” 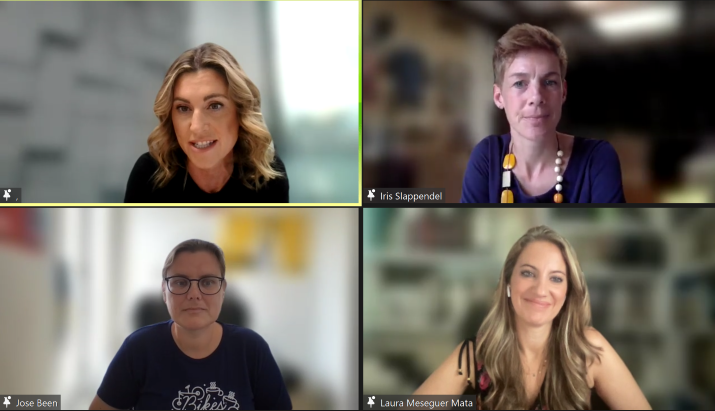 Previously commentator Been, despite her vast experience in the world of cycling, has had a difficult time with online trolls. She explained: “I’ve done three Tour de France’s and three Vuelta’s for Eurosport Netherlands. I was actually the first lead commentator for Eurosport on the Tour de France. [Yet] the amount of garbage I’ve had [on social media] while working for the Dutch Eurosport in Flanders in the Netherlands, it has been absolutely staggering.

“The things that people write to you just for the sole fact that you have the guts or the audaciousness to be a woman and to be involved in ‘their’ sport, because that is what they make clear to us. How do you dare to enter our little boys club of cycling?,” Been continued. “I got things about my voice, I got things that I talked too little, too much, too much about cheese, too little about cheese. All the things. I got threats, I had sexual abuse, everything happened in those years. It was one of the reasons that I left [Eurosport] in 2019 because in the end, it just becomes too much and it piled up.”

“To have the privilege of being on site and part of this historic moment in the sport and to say that I’m proud of our sport being diverse and inclusive and to have the best athletes in these eight days of competition, I think it will be so exciting. I can’t wait to be the eyes of the spectators and to share all the stories”

However, she made a comeback in 2021 and has noticed an improvement in the trolling, Been noted: “I came back last year and there’s been a significant change, an absolutely staggering difference between now and back then. I don’t know if that is a thing about working in English language compared to the little bit more conservative nature of Dutch and Flemish, but the difference is staggering.

“I have not had more than five negative comments since I came back last year in February to commentate in English,” Been added. “So the difference is there and the development is there but [still] I have things said to me like, “you do know a lot about cycling…. for a woman”. Do you want to give me a compliment or do you want to insult me?

“Things have changed considerably and I’m really, really hopeful for the future that there will be more female lead commentators because I think there’s only a handful in the world. We do have more and more experts now but lead commentary is still predominantly a male thing. Online as well, there is so much support now when we do read things from some online trolls, because they will be coming out of wherever they stay at night,” Been said.

She added: “The support now is absolutely staggering. People do not accept this anymore. They do not accept the kind of things that we were told or that we are told just for the sole fact that we were born a woman. It’s like it’s not my merit that I’m a woman, it’s just that I’m here, I love cycling, I love sports and I love to talk about it. Things are changing really, really fast. That’s what I really want to tell people. It’s not as bad as it used to be.”

The battle of life

On what she is most looking forward to at the Tour de Femmes, Slappendel commented: “Roubaix for me was a really nice experience and I really enjoyed being in the race being on the back of the of the motorbike, being around the peloton. But also being able to really capture the atmosphere, the fans on the roadside, the weather, the road conditions, to see the riders from up close. That was really special. I think it’s really great that I can do that now for eight days in a row.

“The stages that I look forward to most are stage four and the last two stages. I think they will be very spectacular,” Slappendel said.

Journalist Meseguer said she was excited to be part of this historic racing event: “I’m nervous as I’ve never been before. After covered six Tour de France and almost 20 Grand Tours, I have this feeling of being part of something huge.

“To have the privilege of being on site and part of this historic moment in the sport and to say that I’m proud of our sport being diverse and inclusive and to have the best athletes in these eight days of competition, I think it will be so exciting. I can’t wait to be the eyes of the spectators and to share all the stories. And to share time with Iris who will be on the motorbike, I’m really excited about this.”

While Been noted: “Well, stage four is of course going to be really, really long – 175 kilometres – the longest stage ever in a women’s race. So I’m really excited to see what the dynamic is going to be like. And having seen the men up La Super Planches des Belles Filles, I am so looking forward to seeing what the women can do there. It’s 24% [gradient] or 28% or something like that. It’s absolutely ridiculous. And you can lose your entire Tour de France on that final climb, on the final day.

“And then of course, the Champs-Elysees, that very first yellow jersey. For us Dutch, we hardly can lose that one with Lorena Wiebes but that is something to look forward to.”

However, Been added: “Just hearing the stories, following the social media of the riders as well [is going to be amazing]. There are so many riders that are so active on Instagram with great content, and just to hear their stories about what happened on their day; it’s going to be big and it’s going to be time consuming as well.”