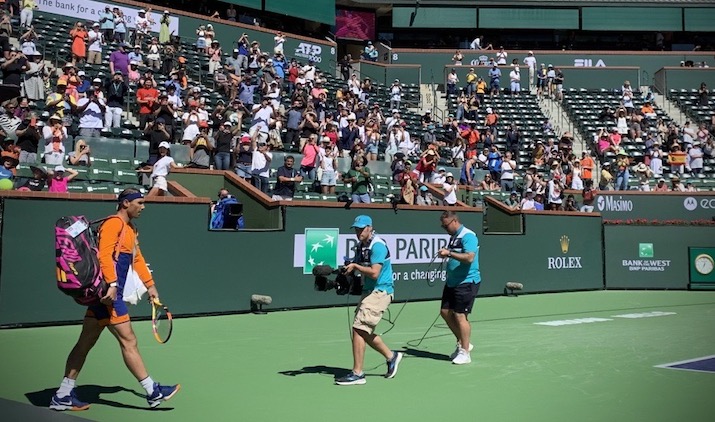 Gravity Media will be joining the Gerling & Associates exhibition space at NAB 2022 as it showcases its Polaris truck on stand OE111 throughout the show, which runs from 23-27 April.

Polaris is Gravity Media’s US-based multi-functional broadcast vehicle, which can produce events using multiple production workflows; fully produced in the field, remote or at-home productions or in efficient mode with a reduced crew. The nine-seater production truck features the SimplyLive ViBox all-in-one production system, eight triax cameras and a Calrec Brio36 audio console. It will be showcased in the outdoor exhibition space at the Las Vegas Convention Centre and will act as the base for the Gravity Media team at NAB.

With its business undergoing ongoing global growth, Gravity Media will use the show to reintroduce its global team to the industry. Alongside the exhibition, Gravity Media will take part as key sponsors of the opening drinks party for the annual SVG Chairman’s Forum which runs from 21-23 April and will host a drinks reception at its truck on 25 April at 17:00.

Ted Griggs, managing director – US, Gravity Media said: “NAB is such an important show, not just for the industry in the US but for the global media, broadcast and entertainment landscape. We’re marking the show’s return after two years with an inside look at Polaris and several exciting events that we’re hosting and taking part in. And on top of that, we’re excited to introduce the new leadership team who will continue to grow the business in the United States.”

John Newton, chief executive officer of Gravity Media, said: “It’s an important moment in time for Gravity Media as a business. We’ve spent years investing in the right people, the infrastructure, the right technology and the right operations to get to the point we are now. I’m proud to say that we’re able to not only deliver the highest-quality end-to-end services, but elevate the production of any media and content for producers and distributors anywhere in the world. I’m excited about bringing all of that to NAB for the first time in a few years as we aim to engage with old friends, make new connections and show the industry what Gravity Media can offer.”