In focus: Sky Sports camera and Steadicam operator Lucy-Jayne Hales on her career and overcoming assumptions 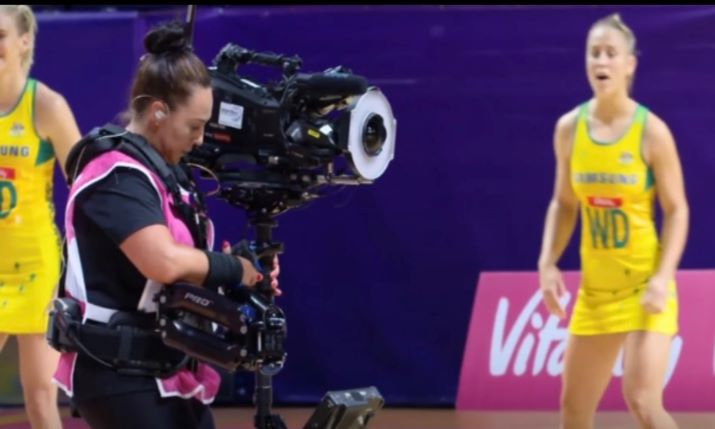 “Being a camera operator has always been my dream job from about the age of 16,” says Lucy-Jayne Hales, camera and Steadicam operator at Sky Sports.

There is a lot to enjoy about being a camera operator, Hales states: “Getting to live out my teenage dream, working with a great bunch of other ops and getting to work with lots of other departments and have such a variety in what I do is brilliant. We cover live sports, news and entertainment so it’s very varied! Also it’s been great to see so many women’s sports coming through and also to see them doing so well.”

Hales found out about TV broadcasting as a career through a family friend in her home county of Norfolk. She says: “I studied a three year BA in media production with video production degree at the University of Bedfordshire. Prior to that my A-Levels were very much arts-based, and I knew that I wanted to work with cameras from a young age.” 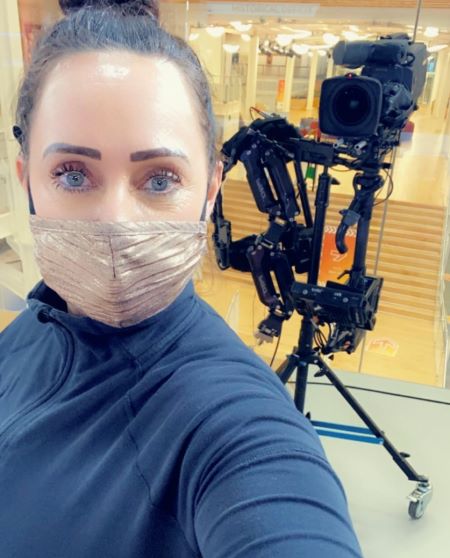 From university, Hales went straight to Sky, after a lot of application letters. However, her first step on the broadcasting ladder was not in her favoured field.

She explains: “My first job was back home in Norfolk working as a transmission controller [responsible for the management and running of broadcast channels in a playout environment]. I had planned to move back home for about a year after uni and was lucky to see this position being advertised.

“After about eight months I applied for lots of other TV positions (London-based) and eventually – after lots of non-replies and rejections! – I found myself being offered positions at both the BBC and Sky. These roles were both for transmission controllers, but in my interviews I was very honest about where I wanted to drive my career.

“The lovely lady who took me on at Sky knew my ambition to work in cameras, she believed in me, pushed me and helped open up the right doors when the time was right.”

“I always think the things you want most in life can often prove to be the most challenging, but with hard work, determination and perseverance you’ll get there”

She continues: “I started off in transmission at Sky but after a couple of years I shadowed and officially trailed the camera department on my days off for about another two years. When positions within cameras became vacant I applied, passed both the practical and sit down interview, was offered a full time position and about three months later moved across to work in the camera department full time.”

While she put in the hours to get her dream role, it was not always easy, Hales notes. “Trailing and shadowing on my days off was tiring as back then I used to work night shifts every other shift. I stuck with it though and the hard work eventually paid off. I feel it’s a lot easier these days in the form of official attachments and secondments,” she adds.

On what the hardest aspects of her job are, Hales says that hours and the unsociable shift slots are sometimes trying. She explains: “We work a two week roster which we get about a month in advance. We can be rostered any day at any time of day. An overnight studio shift can be tough on you physically and mentally but luckily they don’t happen that often these days.”

However, she adds: “There can be a lot of unsociable hours but there’s also a lot of variety and if you enjoy what you do it doesn’t bother you as much!”

As a Steadicam operator, Hales has to lift some pretty heavy gear around, which she thinks could do with some modernisation by manufacturers. She says: “Some of the Steadicam rigs we use can be pretty heavy. I always think it’s a shame we can’t look at using more lightweight camera heads as they are out there and used by other ops sometimes.

“It might actually encourage more women to take up Steadicam operating in sport if the rigs didn’t look so daunting and weren’t so heavy.” 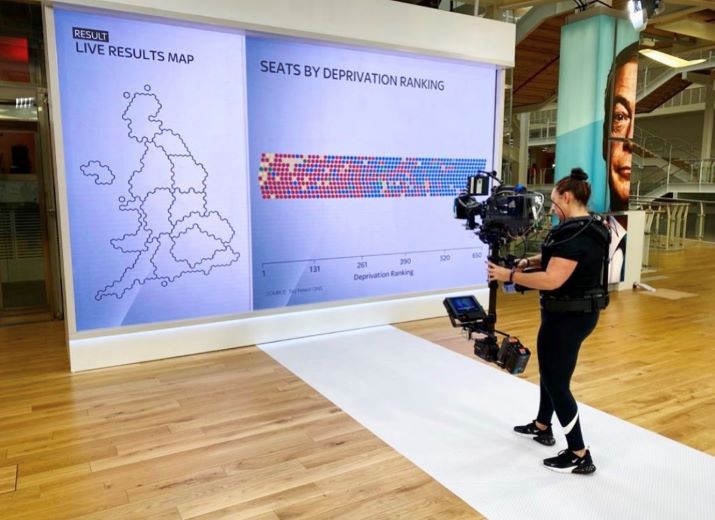 “It has been hard in the past to change some of the stigmas and for people not to presume that I’m with the make up team, but I’ve always found it funny to surprise them” says Lucy-Jayne Hales

Hales has found that other people’s assumptions of her as a woman are the main challenge that she has had to overcome in her job. She says: “It has been hard in the past to change some of the stigmas and for people not to presume that I’m with the make up team, but I’ve always found it funny to surprise them, especially when they see you in a Steadicam rig and ask if it’s heavy!”

As for advice Hales would give other women looking to follow in her footsteps, she says: “Don’t ever give up if it’s what you really want to do. I always think the things you want most in life can often prove to be the most challenging, but with hard work, determination and perseverance you’ll get there! Also don’t be afraid in applying for that job; the worst they can do is say no …but they might also say yes!”