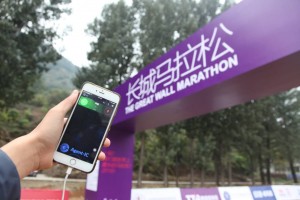 Clear-Com was chosen as a Communications Technology Supporter for television relay service of China’s 2016 Great Wall Marathon race, which saw thousands of athletes take on 28.1 miles of the landmark in October. Coverage of the Great Wall Marathon was streamed live to the world by the Chinese media company Sina.

To help cover this sporting event, Clear-Com supplied an Eclipse HX digital intercom matrix to connect the production team. Via the IVC-32-HX frame card, Clear-Com’s Agent-IC app for iOS devices were deployed for the production team to use on site via their Apple® smartphones. The Agent-IC app turns an iOS device into a two-way duplex intercom for its user, connecting them into the main intercom system and with other users on the IP-based V-Series control panels.

The Clear-Com intercom equipment was provisioned and managed by the Beijing Longway Broadcast Technology Company, one of the technical support companies for this year’s race. The IP-based system connected the Eclipse HX at the Beijing production facility to 20 personnel with Agent-IC loaded smartphones at the marathon’s starting line (the Jiugukuo Great Wall) and at the finish line (Mutianyu Great Wall). The system even connected motorcycle-mounted camera operators back to the production centre in Beijing.

“Broadcasting for long distance outdoor events generally use simple intercom systems. Such wired systems typically offer limited functionality and range, which is very inconvenient for the director who is organising and controlling the broadcast event,” said Yang Xiang, Longway’s production director. “In contrast, the IP-enabled Eclipse HX system and Agent-IC app provided us with the kind of secure, reliable duplex intercom service normally only found inside a studio. The IP-based system outdoors allowed us to cover a huge area efficiently and effectively.”

Longway was so impressed by Clear-Com’s intercom system’s performance that the company will be using it to cover all of the big outdoor events they will undertake in 2017, such as the TDQL cycling race. Longway supports dozens of Marathon and bicycle races every year. Approved by the International Cycling Union in 2002, the TDQL 14-day race has been ranked as 2.HC level, the leading and largest cycling event in Asia, running through the Chinese provinces of Qinghai, Gansu, and Ningxia.