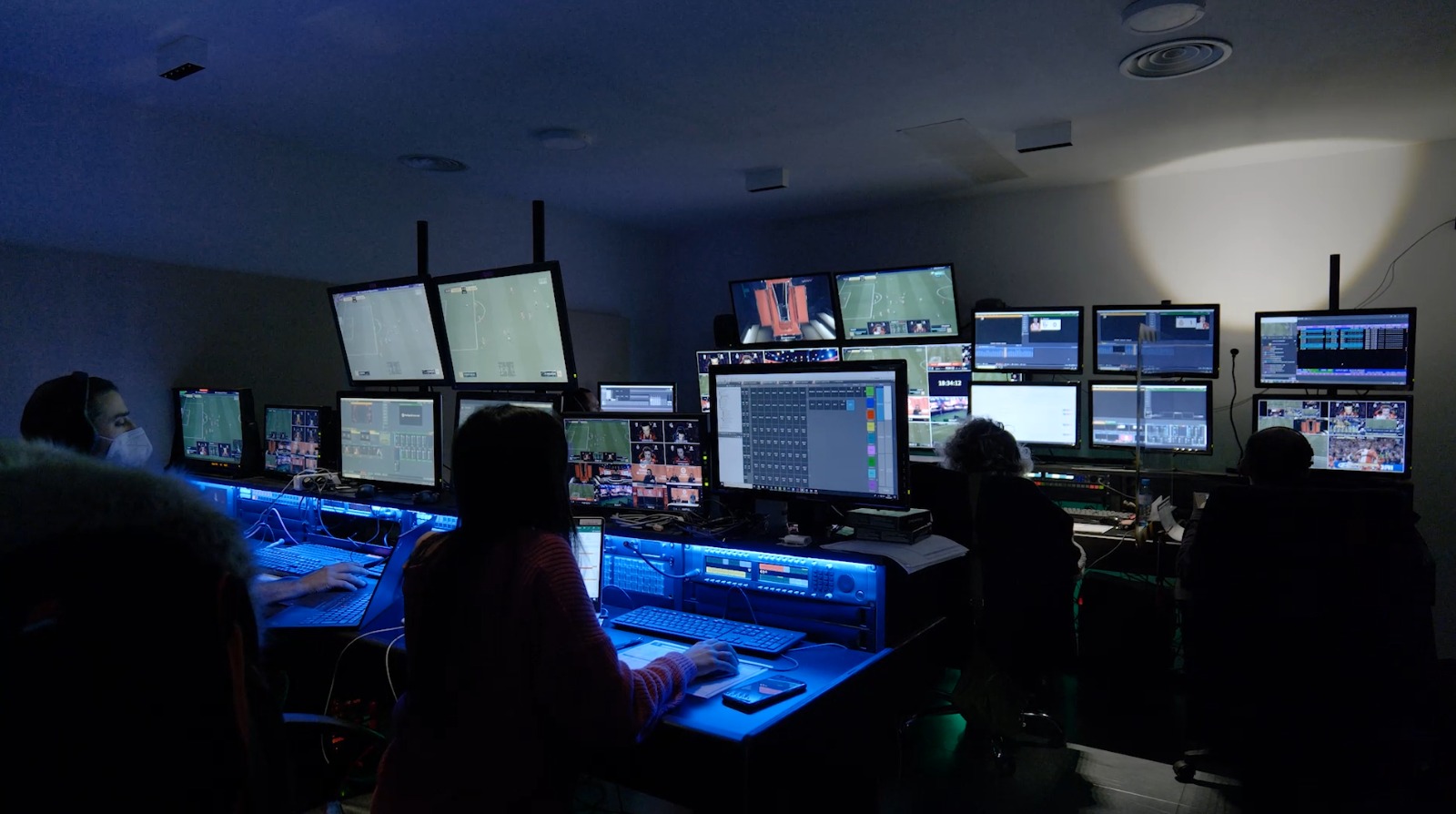 The Kairos IT/IP video processing platform was chosen for the esports production because it was suited to the workflow designed for the tournament. During the pandemic, players compete from home and remote camera feeds, as well as inputs from two separate studio productions, all flow directly into the Kairos system. The output is then broadcast into various platforms such as Twitch and YouTube.

The Kairos platform offers an open software architecture system for live video switching. It delivers input and output flexibility, resolution and format independence, maximum CPU/GPU processor utilisation and scalability through unlimited ‘layers’ that users can freely create and move around thanks to its intuitive GUI.

“Kairos is a switcher that stands out from all others in the market,” said Jordi Sacasa, mixer operator at Mediapro. “It’s a very intuitive and powerful tool for layering and scenes. We need to make many compositions and lots of PiPs and Kairos is the ideal switcher to be able to configure an infinite number of scenes. Live video compositing in this production allows us to be fast and solve any unforeseen events in moments.”

Roberto Yelamos, technical director at the Barcelona Studio for Mediapro, said: “The flexible nature of the system allows us to take advantage of past investment, based on SDI, while also meeting current needs, such as NDI, remote control and monitoring, remote management and configuration. It also means we are ready for the upcoming SMPTE 2110 environment.”