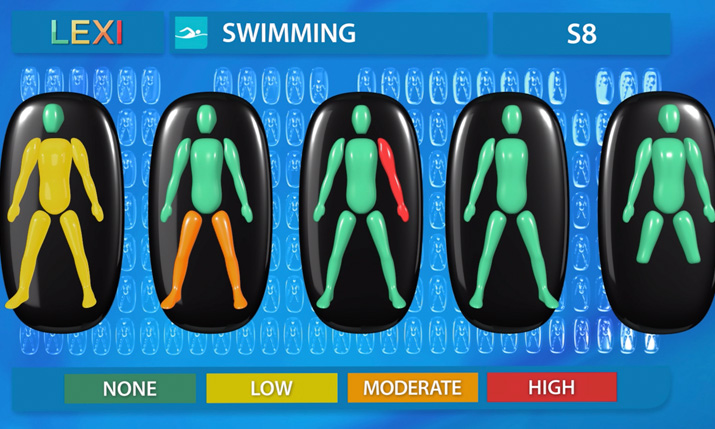 A Lexi full-frame still from the 2018 Commonwealth Games

Lexi Global explains every class in every sport across para sport competitions including, but not limited to, the summer and winter Paralympic Games, using a single integrated graphics system, known simply as Lexi.

Lexi provides insight into classification, allowing a non-expert to understand the class, who is in it and why, quickly and easily when watching Para sport.

Lexi was invented by Giles Long MBE who had the idea for the technology while competing at the Sydney 2000 Paralympics, where he won the S8 100m Butterfly in a world record time. He was frustrated by how difficult it was for an audience to engage with both the athlete and the sport due to a lack of understanding of the classification.

Ten years later Lexi had its television debut with its major breakthrough coming as part of Channel 4’s coverage of the London 2012 Paralympics.

Since then Lexi has been part of Paralympic coverage on every summer and winter games for rights holding broadcasters in a bid to increase engagement with audiences.

Although originally developed for television, Lexi is a free to use multi-platform tool that can be used for classification online, in-venue, digital and in print. The relaunch of the Lexi Global website on 5 February in three languages, English, French and Japanese, is an exciting development in the evolution of Lexi since its inception 10 years ago.

Broadcasters of Lexi include Channel 4, NBC, CBC, NHK, ARD/ZDF and Seven. In addition, Lexi has appeared in 137 countries around the world as part of the Host Broadcast feed at the 2014 Glasgow and 2018 Gold Coast Commonwealth Games.