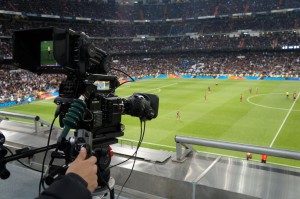 Spain’s LFP (Liga de Fútbol Profesional) stepped up its preparations for becoming the first football league in the world to regularly broadcast in Ultra HD when 4K technology was tested during Sunday night’s (23 March) El Classico clash between FC Barcelona and Real Madrid.

The Barcelona-Madrid trial follows Sony’s tests of 4K during the Confederations Cup in Brazil last year and ahead of its returning to the country during the summer for the World Cup, where the Final will be shot in the higher resolution format.

Footage from Sunday’s game will be loaded on to La Liga’s YouTube channel for viewing, albeit in HD. This test production was a prelude to the start of full 4K broadcasts of matches for the 2014-15 season, making the LFP the first football league in the world to be covered in UHD.