Living the live sports life: In front of the camera with SVT Sport’s Maria Wallberg 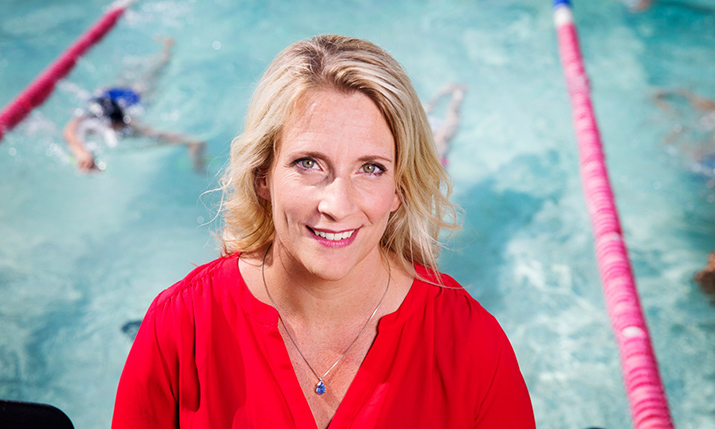 “Live is live!” says Maria Wallberg, sports anchor, commentator and reporter for SVT Sport. “The challenge is at the same time the beauty and the best part of working with live sport.

“You, of course, do thorough research before [an event] and prepare for different scenarios, stories and focuses, but you then have to be prepared to change everything at short notice.”

Wallberg is a long-time member of the SVT Sport crew. She regularly covers a number of journalistic roles at the Swedish broadcaster, and thrives on the variety she is able to embrace at work.

Working in live sport is a real buzz for Wallberg. She explains: “Covering live sport is amazing! All the emotions, the fact that you must go with the flow and be prepared that the unexpected can happen at any time. Curiosity is a big driving force, and the meeting with people; everyone has their own story to tell.

“As a former athlete myself, I feel very privileged to now work so closely with sport, with the mission to report back to our audience on the ins and outs of the great world of sport.” 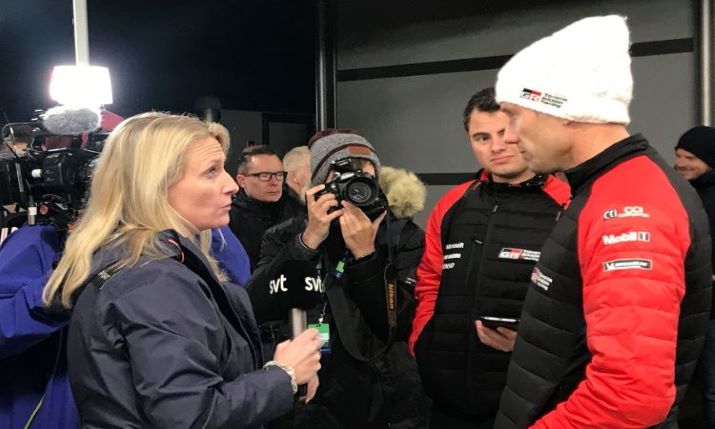 She continues: “With a lot of sporting events cancelled and postponed [in the last year], I personally got a chance to try some new roles. We also saw that within our company, a lot of staff got new work tasks and there were many great collaborations and exchanges between news departments.

“This has been a great way to develop, and I think a lot [has been] learned and [we will take these learnings] with us even when things go back to ‘normal’.

“When live sports and competitions were stopped, it also opened up [the opportunity to find] other types of news stories. All the digital interviews and digital meeting and working from home have of course changed the media landscape. I think that we will see these kinds of interviews for a long time, they are great; but I really miss the [in person] meetings.”

“Believe in yourself and dare to set high goals. I believe that engagement feeds engagement; if you are genuinely interested in what you work with, that passion will also be reflected in your work”

Wallberg has had a multi-faceted role at SVT Sport for some time. She comments: “I started as a reporter, covering all kinds of sports for our daily sports news. After some time I also started to work as a news anchor and presenter for sports news. I am also fortunate to work a lot with our live sports events, which cover many different sports.

“I come from a swimming and water polo background, so swimming is one of the sports that I have worked with a lot as a presenter and mixed-zone reporter, interviewing the swimmers straight after the race. I also work a lot with our equestrian and motorsport coverage (rally) covering both national competitions and international championships; here I alternate between roles as commentator, reporter and anchor. The Olympics, Paralympics and World Ice Hockey Championships are also events that I have covered as a reporter.”

She adds: “During the last year I’ve also had the chance to work as a planning editor and during the pandemic as editor for one of SVT’s local news desks.” 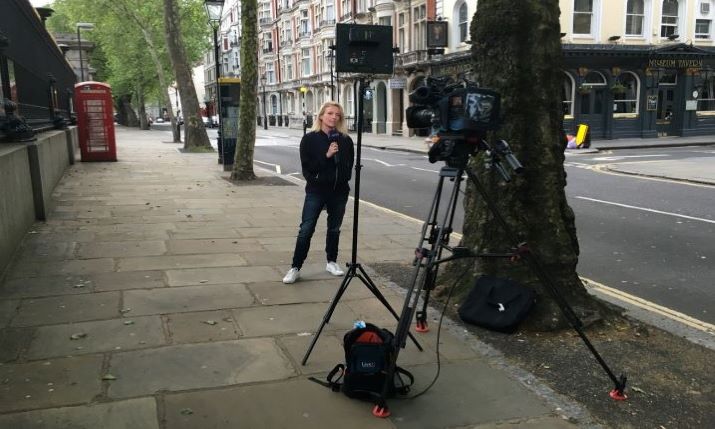 Wallberg has grown up watching and taking part in sport. “I’ve always loved sports since I was very young and tried many different sports when growing up,” she explains. “Already at an early age I was also fascinated by the sport coverage on TV. At the age of 10, I got to compete in a sport show for children on TV – SVT in fact – and after the visit to the newsroom during that day, it sort of kick started the dream and my goal; to one day work as a sports journalist.

“The Olympics has always inspired me and as a kid I dreamt of the Olympics; I didn’t make it there as an athlete, but I got to experience it up close in my occupation and that is cool. I am living the dream but in another role.”

After high school she worked in various different occupations, gathering work experience before she decided to go into further education; in Australia rather than in Sweden. She lived in Brisbane for almost four years and studied at the Queensland University of Technology, gaining a Bachelor of Journalism.

While at university she began pushing into the media world. “During uni we had the opportunity to get a lot of work experience for practical learning in the industry from the first semester, which is something I highly appreciate, looking back. It gave me self-confidence early on to try to pitch story ideas to different media outlets, both newspapers and TV. 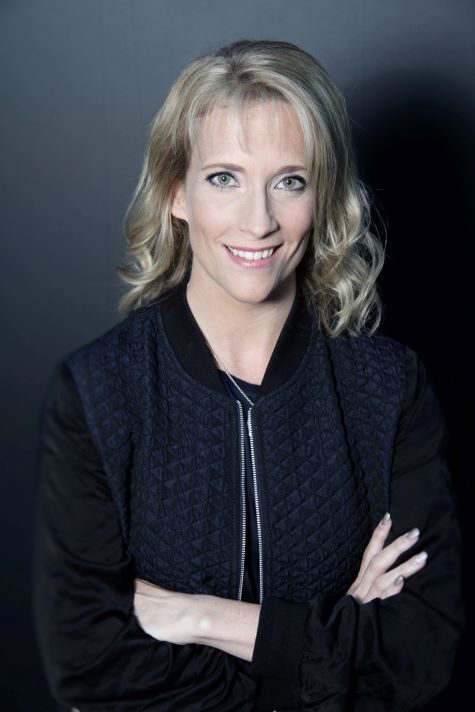 “Through uni I also had the chance to produce television content for Bris31, a local Brisbane television station. Here I also got my first try as a newsreader. During my last year at uni I did some freelance work for SVT Sport, a real dream came true! I can still remember the excitement and the extreme nervousness when sending off the first material [I produced for SVT]. After I graduated I got a short contract at SVT Sport to work as a reporter during the summer holidays…  I haven’t left SVT Sport since then.”

However, over the past two years, Wallberg has noticed the media landscape changing a lot, with constant developments and innovations. She comments: “This really pushes you to be on your toes, and you can’t be afraid of trying new ways to work. Many employers today require journalists to be much more multi-tasking, which at times of course can be very challenging, especially as the deadlines now often are tighter as there are many more platforms to publish your content at.”

To other women looking to move into sports broadcasting, Wallberg says: “Believe in yourself and dare to set high goals. I believe that engagement feeds engagement; if you are genuinely interested in what you work with, that passion will also be reflected in your work.”

On challenges, Wallberg simply says: “I think it is important to remember, as clichéd as it might sound, that you can only do your best and be the best you can from your own qualifications.”