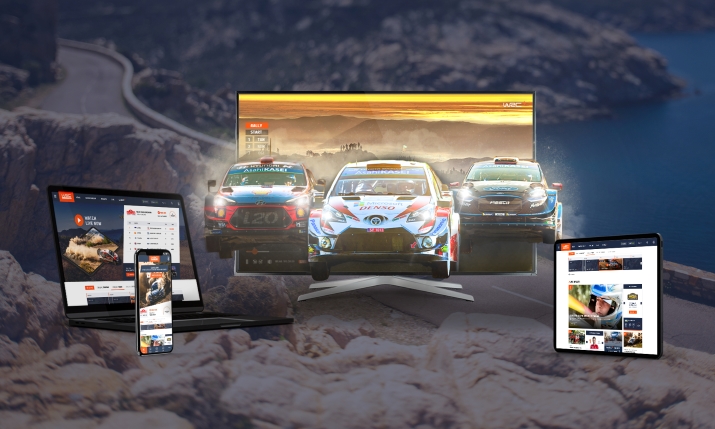 Ahead of the start of the 2020 FIA World Rally Championship at the iconic Rallye Monte-Carlo (23-26 January 2020), WRC Promoter managing director Oliver Ciesla looks forward to a competitive season, filled with exciting innovations.

In a time of big changes to the media landscape, is there still a strong interest in WRC from TV broadcasters?

Yes. WRC’s global TV audience remains strong and totalled more than 800 million once again in 2019. We have exciting free-to-air broadcast partners in 2020. In Britain, we have completed a new multi-year agreement with ITV4, Finnish network YLE has extended its contract mid-term until 2022 and we have also prolonged with TVE in Spain. We also continue with pay-TV networks Canal+ in France and DAZN in Germany, Austria, Switzerland, Spain and Italy.

There are big changes to the WRC’s digital presence? Can you tell us more?

The WRC has an all-new championship website at wrc.com. This forms part of a major championship rebrand which sees the introduction of orange as the WRC’s new colour scheme. The website, which is launched for Monte-Carlo, has improved functionality for fans and contains all the essentials such as live timing, videos, news, live text updates from rallies and the WRC shop.

Last year we registered 2.3 billion impressions on the official social media channels of the WRC, the teams and drivers, with more than 300 million video views, and I’m confident that figure will continue to grow. In 2019 the WRC manufacturers were mentioned online 40% more often than the previous year.

And WRC+ remains a key part of the WRC’s digital offering?

Yes, WRC+ All Live continues to go from strength to strength. The All Live platform has also been refreshed with a new layout and design to ensure it has the same look and identity as the website. All Live will continue to broadcast every special stage from every round, as well as key interviews, features and expert analysis from the service park. Fans can once again enjoy more than 25 hours of live coverage from each round, or enjoy it later on demand whenever and wherever they want.

Looking further into the future, what changes are planned?

Pirelli will return to the championship as the exclusive tyre supplier for factory teams from 2021 – 2024. Pirelli hasn’t supplied works cars at the top level since 2010 so this is a great motivator for them. Work continues with the FIA, manufacturers and ourselves ahead of the introduction of environmentally-friendly hybrid cars in 2022. There will be more to announce as the season progresses.

The return of classic rallies in Kenya and New Zealand, as well as a new-look event in Japan, are highlights of the 2020 calendar. Why have you chosen three incoming rallies from outside Europe?

We wanted to further globalise the WRC by featuring more events outside Europe. It’s the first time the WRC has included six continents – Europe, North America, South America, Asia, Africa and Australasia – in its 48 year history. Japan’s comeback, mainstream Asia’s first appearance for 10 years, and the return of Kenya’s Safari Rally, one of motorsport’s legendary contests, provide a presence in the world’s largest two continents by size for the first time in more than two decades.

What changes have been made to the support championships?

WRC 2 is the primary support category and the principal feeder for competitors targeting the final step to a World Rally Car drive. It is for manufacturer-backed teams and teams approved by the FIA and focuses on R5 cars. The newly-introduced WRC 3 is identical, with the exception that it is designed for privateer drivers only. And, of course, the Junior WRC, which hosts the stars of the future, stays as the entry-level series. We will provide more media coverage for all the support championships this year to further promote the unique pro-am character of WRC events.