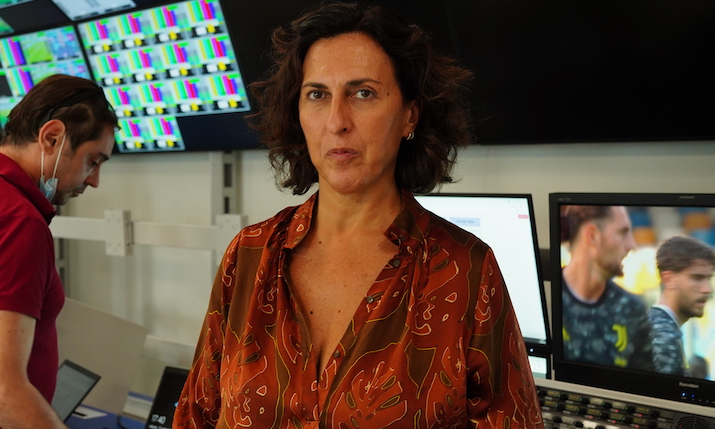 The new Serie A football season began in Italy in late August accompanied by major changes to the way the TV coverage of matches is produced, including the radical step of cutting out the middlemen in the production chain, a new centralised management of signal transport from the stadiums, improvements in signal quality, and much more.

To find out more, SVG Europe caught up with Luisella Fusco, head of media operations and broadcast, Lega Serie A, for a two-part interview.

What is the latest news on a technical level? There is talk of a great leap forward on several levels.

“The process undertaken by the Lega Serie A this year at a technical level is significantly new in the sense that, first of all, it was decided to carry out all the matches in UHD, for the 380-match Championship, more for the Italian Cup, 42 matches, including the Italian Super Cup. The overall total amounts to 422 matches all produced in UHD. The signal is also made available in 1080p, so all productions are made with a progressive signal that is centrally transported from the Serie A League to the new production centre built at the Lissone headquarters, with technical partner EI Towers.”

Can we therefore say that the new Lissone production centre will allow Lega Serie A to centralise a whole series of production activities that were previously outsourced?

“Yes, absolutely. This season, the League has decided to internalise a whole series of services that were previously based on intermediaries or in any case outsourced with third parties, directly producing, on delegation from the clubs, the stadium matches of 14 teams (six are self-produced).

“For the distribution of the signals, both the transport from the stadium and those up to the rightsholders at national, local and international level, are centralised by the League for all matches regardless of the producer.

“From April to August we worked day and night to complete the centre, which is expected to officially inaugurate at the beginning of October”

“In addition to this, the other big news is that all the signals are processed centrally in the Lissone production centre, so they are ingested and, from there, almost all the activities that were previously carried out in situ at the stadium, are carried out remotely.

“At the stadium remain the goal line technology (GLT), rendered through Hawk Eye, while the VAR, which was previously managed in the stadium, has now been centralised in Lissone; referees go to the production centre in Lissone and are able to operate the VAR service remotely, without having to physically attend all the stadiums. This makes it possible to avoid sending a special vehicle to each stage that deals with VAR and, by managing everything remotely in a centralised mode, an evident efficiency is obtained above all in the travel costs of the referees.” 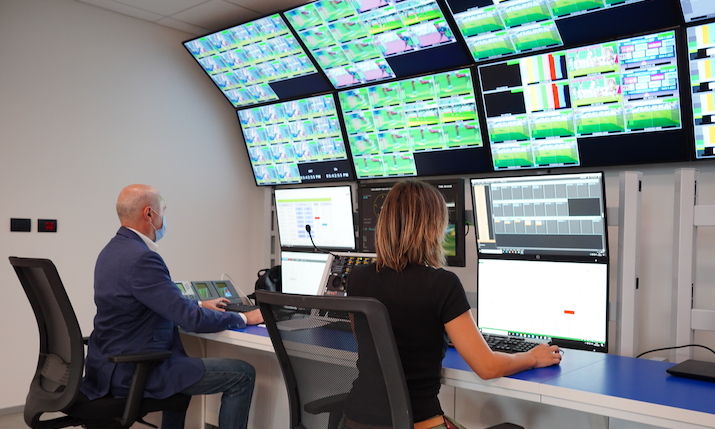 At the new Serie A MCR in Lissone

How did you organise the new media operations and broadcast spaces in the production centre with technical partner EI Towers, and how long did it take to create it?

“First of all we had to structure ourselves internally at Lega Serie A level to complete this new great adventure that serves to manage services and content.

“From April to August we worked day and night to complete the centre, which is expected to officially inaugurate at the beginning of October.

“We have concentrated the process of placing the referees and their activities and operations in a new building that has two floors: on the ground floor is an area entirely dedicated to the Serie A League, the FIGC/AIA (the area that hosts the referees) with the various VAR rooms.

“The VARs of Serie B are on the same floor, ready to pass remotely too. Currently Serie B still operates locally due to the lack of fibre links from around 50% of the stadiums, links which are, of course, indispensable for the centralised and remotely controlled VAR.

“The second floor houses all the centralised services previously managed at the stadiums, starting with the graphics, which are partly packaged in the stadium and partly remotely from here. 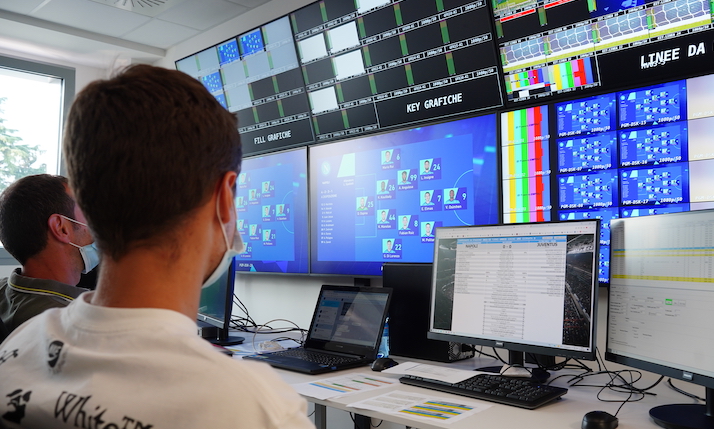 “The same applies to virtualisation graphics for national and international customisation and for the differentiated distribution of signals, including betting streaming, as well as for all post production and centralised distribution of content; there really is a lot of news!”

At the time of writing, you have faced the first days of operations from the new centre: how have you found it?

“We are overall satisfied with the outcome of the first two days. There have been some flaws that we have already corrected, but overall nothing so impactful, we are really in the bubble with services.”

Speaking about COVID, despite some easing, are there still limitations in television production and for the public?

“We have not returned to complete normality in the sense that both from a sporting point of view and from that of the activities that usually took place on site at the stadiums, there are still limitations. In fact, from the point of view of the opening of facilities, the public still has limited access and there is a presence of no more than 50% only with a Green Pass.

“With regards to the access of spectators to stadiums, typical distances are used.

“From a production point of view, there is a precise protocol issued by the CTS [scientific technical committee] and the FIGC [Italian Football Federation] implemented by the Serie A League, so not all editorial activities can be exercised.

“In addition, we have not yet opened the mixed zone, but the press room remains accessible.

“In practice, there is a protocol that we hope to be able to amend and improve over time, but we are currently complying with the official decisions, since these are government measures to which we have to adapt.”

Are there also limitations on the number of people in production teams? Does PPE remain? And the Green Pass?

“Yes. A limitation exists in the decided impossibility of accessing the changing rooms and catching the typical shots, which are still precluded, even if the flash area is active, where the pre-match and post-match interviews are carried out.

“The procedures for holding press conferences are also authorised remotely, so the clubs choose – also based on turnout and the importance of the match – to hold press conferences remotely with calls and not in person.

“The interviews on the sidelines near the pitch, mini flash and super flash, take place normally.

“The OB vans comply with the rules for the supply of PPE, therefore personal protective equipment typical of the COVID era, spacings, sanitising of interior spaces, hands, separation plexiglass and temperature controls, are used.

“There has been an expansion of the numbers allowed compared to the most restrictive period, both for the audience in the stadium and for the production staff in charge of the works and journalists; but the limitations and strict controls remain.

“The Green Pass, to date, has not completely eliminated the obligation to carry out the molecular swab in the case of an incomplete vaccination cycle.”

Watch out for Part 2 of this interview, which will be available later this week