Social media is having a big impact on the broadcast of live sport today. Eleven Sports announced earlier this month that it has struck a partnership with Facebook that will see the social media platform become Eleven’s free-to-air (FTA) partner in the UK and Ireland.

As part of the agreement, at least one match per week from both LaLiga and Serie A will be shown live and free of charge on the channel’s UK Facebook Page. A selection of games from the other top-flight football leagues available on Eleven Sports will also be shown on Facebook across the season.

This is a growing trend, as Eleven Sports is not the first to use social media as a new publishing tool for football games. The likes of Facebook, Amazon, Netflix and Google (now Alphabet,) also known as FANG companies, are making serious inroads into live sports broadcast. Earlier this year, Amazon won the rights to show 20 Premier League matches a season from 2019, and Facebook won the rights to broadcast the English Premier League in Asia. Fans’ preferences for viewing channels are definitely being heard.

Speaking to SVG Europe, Andreas Jacobi, CEO and co-founder at Make.TV, commented on what is driving consumers towards social channels for live sports: “The amount of content being produced has never been greater and social channels are enticing viewers away from traditional linear broadcasting by offering them a more immersive viewing experience, providing the variety of angles that they desire. The industry needs to address the issue by finding a way to collate and curate the same volume of content social channels has access to or risk losing more fans,” he warned. 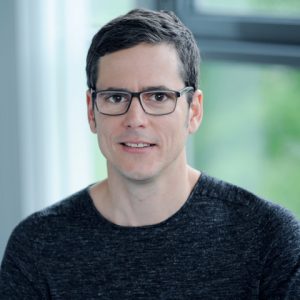 Continuing, Jacobi said that broadcasters who do not implement solutions that make programming more immersive will be left behind in the race to next generation live sports. He added: “Luckily for broadcasters, they have access to cloud-based infrastructure to acquire large amounts of content from multiple sources today. This allows them to collate content from UGCs, professional cameras, drones and more in real time to enhance their programming and deliver high quality, live feeds that consumers want to watch.

“With artificial intelligence (AI) entering the sports broadcasting space, broadcasters can also benefit from AI-assisted content curation. This way, they can more easily manage the video feeds they receive from these sources and immediately identify the best options for their programming,” he noted.

Jacobi acknowledged that we are already seeing broadcasters and leagues partner with social media platforms. During the FIFA World Cup for example, SWR in Germany complemented its linear broadcast with content for social media feeds such as Sportschau’s Facebook page, resulting in a significant increase in the number of views for its content. “It is only a matter of time before more broadcasters adopt this kind of innovation,” he stated.

On the importance of collaboration between the broadcast industry and new publishers, and what will it mean if either side does not collaborate, Jacobi said: “Everyone is a content creator today. We’re all equipped with smartphones and high-fidelity cameras that can film live events and immediately stream to social media platforms. So far, the main beneficiaries of this trend have been social media platforms themselves, who have turned into publishers and implemented video strategies to generate more viewership and attract more advertisers.

“However, the audiences of social media platforms have yet to rival the ones broadcasters can boast,” he stated. “During the recent FIFA World Cup, half of the world’s population turned to linear TV to watch the games live. This is a vote of confidence for broadcasters, who still have the advantage for live sports. However, new publishers are gaining ground; earlier this year, we have seen both Amazon Prime and Facebook signing deals with the most lucrative sports championship, the English Premier League.”

Jacobi continued: “This is why collaboration is so crucial today; new publishers get content faster than traditional broadcasters, but their audiences tend to be smaller and more fragmented. Broadcasters on the other hand could benefit from reducing their production fees by combining their professional equipment with third party coverage contributed over the cloud. By joining forces this way, both industries can deliver the programming that tech-savvy, always-on consumers want. This way, they can continue to grow together, rather than competing for eyeballs.”

As to who is going to come out on top here, Jacobi concluded: “Even though we’ve seen a shift in momentum towards sports broadcasting technology with FANG companies winning the rights to sports games, many viewers still prefer traditional sports broadcasting. We believe, in order to succeed, they both need each other and our mission is to bring content creators and sports broadcasters together for the next generation of live sports.”