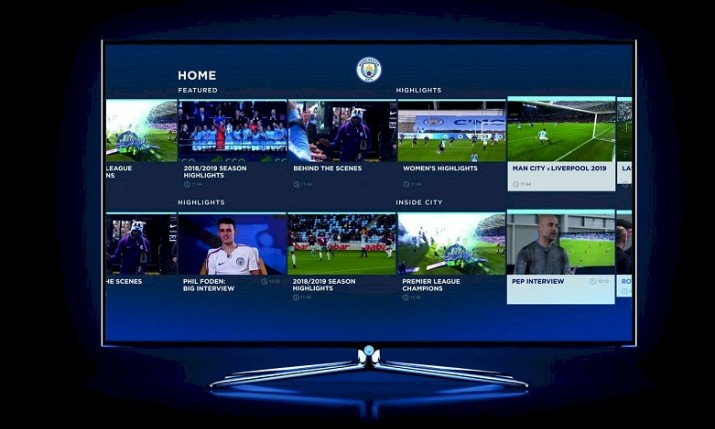 Called Man City for TV, the service is being made available on Apple TV, Amazon Fire TV and Roku and on selected smart TVs.

Full match replays of all televised Manchester City men’s and women’s matches will be shown 24 hours after being played.

The upcoming pre-season tour fixtures in Hong Kong and Yokohama will be shown live.

Live matches featuring the Manchester City women’s and academy teams and highlights from key moments in the club’s history will also be available.

To celebrate the launch of the new platform, Man City for TV will host an exclusive City TV Productions mini-series ‘Fight ‘til the end’, a documentary about the 2019-19 season title race.

Nuria Tarre, chief marketing officer at the City Football Group, said of the launch: “We want to provide our global fanbase with new, flexible ways to watch our content, so we’re excited to be adding yet another option to our portfolio.

“We are launching with some fantastic content – our City TV team have captured the run-in to last season’s Premier League title race, one of the greatest ever. Fans will get a never seen before, behind the scenes, insight into how the team prepared for and celebrated our Fourmidables season.

“By becoming a central hub for Manchester City content, as with so many of our media initiatives in recent years, we want Man City for TV to push the boundaries in technology and sports consumption and provide an immersive entertainment experience for our loyal fanbase, wherever they are.”