Mediapro Canada has aired live coverage of over 300 football games on its dedicated channel, OneSoccer, including 130 Canadian games produced by a game day talent and broadcast crew of over 400 local professionals, marking a solid debut in the Canadian sports broadcasting landscape.

OneSoccer wrapped up its coverage of the inaugural Canadian Premier League (CPL) season on Saturday 3 November with the live broadcast of the second leg of the CPL Finals from Spruce Meadows in Calgary, produced by Mediapro Canada, which used Odyssey, its 4K multi-format OB mobile, and a total of 16 cameras to bring the game to a global audience through OneSoccer. The game was also aired in full on a delayed basis by the CBC, which broadcast a total of 22 CPL games nationwide in the 2019 season through CBC Television and CBC Gem. 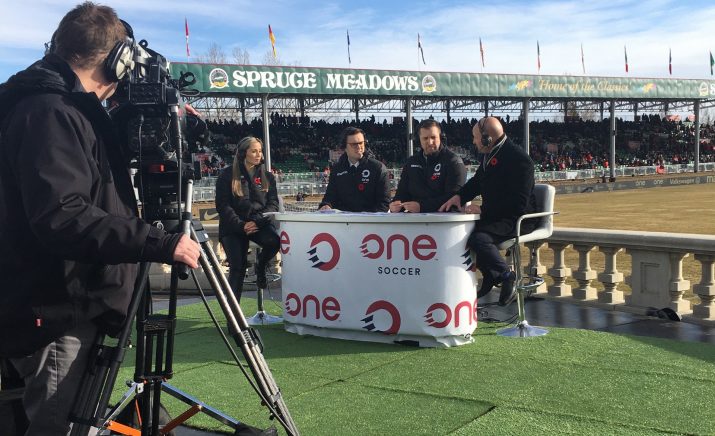 Still to come on OneSoccer is live coverage of the USA v Canada game in the third and final round of the Concacaf Nations League group stage on 15 November , which will determine Canada’s qualification for the six-nation Hex, the Concacaf qualifying tournament for the 2022 Fifa World Cup.

OneSoccer’s broadcast of the CPL Finals, which saw Hamilton’s Forge FC defeat Cavalry FC of Calgary to become the first-ever CPL Champion, came just 255 days after Canadian Soccer Business announced its ground-breaking partnership with Mediapro, through which the Spanish audiovisual giant acquired the media rights over 10 years to the CPL, the Canadian Championship, the home games of Canada Soccer’s Men’s and Women’s National Teams and Ontario’s League1.

In April of this year, Mediapro launched OneSoccer.ca, initially available on PC and Mac and which soon expanded to Chromecast, AppleTV and Roku. The group then increased its global broadcast facilities services by acquiring Tri-Lite TV, now Mediapro Canada, which operates a growing fleet of multi-format HD OB mobiles producing live coverage of a wide range of events across North America.

Mediapro Canada and OneSoccer season by the numbers:

Over 80 hours of studio programming

14 venues in 12 cities across Canada. 5900km between two furthest: Victoria and Halifax