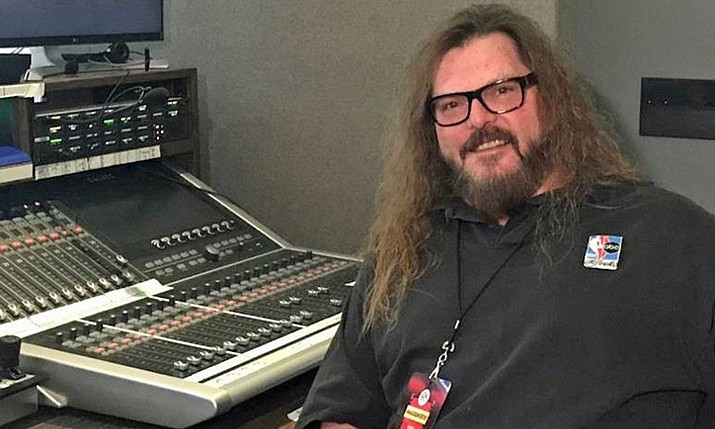 Can you provide some background on who you are and what you do?

As a freelance audio engineer and co-owner of Soundcheck Technologies, I have worked with some of the biggest rock bands and largest sporting events in the world. I have done just about everything from the Superbowl to NBA Finals, Winter Olympics and even the Ping Pong World Championships. I won an Emmy for the 2010 Winter Olympics and have been nominated multiple times for mixing other sporting events. It’s a crazy industry and I have been fortunate to have had the opportunity to work in it for more than three decades.

Tell us about some of the recent projects in which you have been involved.

Today, my primary focus is in the sports television world, mostly doing broadcast audio for combat-style sporting events. My most prominent productions include MMA and Bellator MMA tournaments for the Paramount Network, as well as WCW and WWE wrestling and ESPN’s live boxing events. I have also had the opportunity to mix many of the Winter Olympics events for NBC, and I’ve mixed sports for all the major networks – ABC, CBS and FOX.

Recently, a friend of mine in the industry asked me to assist with productions at EA Sports’ new arena and studio, which led to my involvement with the Madden World Championship tournament. At Soundcheck Technologies, we also produce events such as the Alamo Bowl luncheons, galas and press conferences, as well as the US Army All-American Bowl Awards banquet.

How did you get into the industry?

My interest in the industry began back in the in seventh grade when I was acting with my local theatre; I was always looking at ways to improve the lights and production value. I started working behind the scenes and doing mostly lighting, set building, designing lighting rigs and providing audio assistance. This led to me working with some local bands and I ended up in Hollywood with a permanent gig. While in Hollywood, in the late 80s and early 90s, I worked at all the big rock clubs, such as the Troubadour, Roxy and Whiskey, with some of the top bands of that time – Mötley Crüe, Poison and Guns N’ Roses.

I was mostly a lighting guy up until about 1990 and then I ‘graduated’ to gospel television production. After moving back to Texas, I started a lighting company with a friend of mine and we worked on all the big festivals, with artists like Garth Brooks, Shania Twain, Trisha Yearwood and Alan Jackson, to name a few.

I began to tire of the lighting gigs because we were always the first-in and last-out, so I started a transition into audio. I was fortunate to have my then-business partner Earl McCoy by my side as it helped ease that move. His father-in-law was Doug Sahm of the Texas Tornadoes. Their tour needed a monitor engineer, so Earl recommended me for the job. He showed me the ropes and threw me into the gig, and I’ve been doing audio ever since. 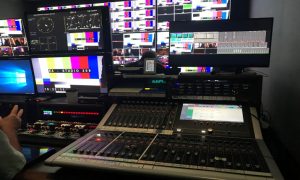 What led you from music and gospel to the world of combat sports?

Eventually, Earl and I dissolved our partnership and I took a position with Cornerstone Church in San Antonio, where I was really able to hone my audio skills. I ended up going out on the road with TV evangelist TD Jakes, doing stadium and arena tours that included massive choirs and bands, all broadcast live.

In 1999, the San Antonio Spurs were in the NBA Finals and the broadcasters found themselves shorthanded for the visiting team’s mix. Somehow, word got out that I was a local who could mix audio and, next thing I knew, I had the gig. Similarly, when Bellator MMA director, Rick Beczynski– who has been very instrumental to my career, found out that I was available during an event, he asked me to mix. He offered me a permanent role with Bellator, and I’ve been with them for about 10 years now. It’s become my favourite sport.

I don’t really use much outboard gear other than maybe some fader stuff to get rid of PA noise; I never really have. In combat sports, it’s not always pretty or perfect because it’s hard to incorporate outboard gear. You’re in and out so quickly that you don’t have a lot of time to integrate these things. On the Calrec consoles, especially for Bellator, I use the auto mixer, compression, EQ, dynamics, gates, delay and GPI; I pretty much use all the features. The Bellator desk has 24 subgroups, eight main outs and 100 multi-tracks, and I’ve put them all to good use.

We use such a large board for Bellator because of all the miking that we incorporate. For instance, I have a specialty mic array set up above the cage, with five Sennheiser 60-Series mics, which allows me to hear the fighters speaking to one another. I also built eight mic setups that bolt to the catwalk around the ring; these make it possible to hear all the action of them grappling around the edges or while they’re on the ground. We’re also trying to pick up the live crowd reaction, without it being too overwhelming to the sounds of the fight.

Honestly, though, a mic is just a mic; it’s not magic. So, we have to try to EQ it in a way that we’re removing the rumble of the PA and still capturing the audience screaming, the punches from within the ring, one fan reacting interestingly or the referee screaming “he’s out, he’s out,” while also not destroying the mix.

How does an eSports workflow compare to traditional sports?

I pretty much approach eSports the same way as any other sports production; level consistency and maintaining input and output levels. For one of the more recent tournaments, we did a countdown or roll call where we went into the studio with the other players and asked some silly questions. Then we faded into the tease and the open, ultimately ending at the announce desk, just like a typical sports broadcast. I added music and we ran it like a package. As the competitors walked in, I’d hit another cut of music. It was a lot easier than combat sports in the sense that I didn’t have that screaming crowd pushing into my mix.

The game part is pretty easy for the most part and, when each of the four quarters was about to end, we would go into another cut of music. It took about an hour to do one game. When that game was over, we would have an interview headset for the winner over at the announce desk. Then, the next set of players walked in and we would do it all over again. I’d do that for eight hours, so it was a long day.

That was also my first chance to work on Calrec’s new Brio console, which I had seen for the first time at NAB the year before. I came in and saw they were using the console and thought to myself “great, they have a Calrec!” I had the team show me a few of the newer features that rolled out with that console, but the beauty of Calrec is that they are easy to figure out, especially if you have an audio background or previous experience with Calrec. The nice thing about Brio is that I didn’t have to use a lot of EQ. It has a nice warm sound and crisp high-end; it’s a really smooth, flat console. With the Brio, you get a lot for the buck. It’s powerful, comprehensive and compact, so it’s able to address a pretty wide range of broadcast requirements. Brio is broadcast-ready with no compromise or workarounds.

How have you seen technology evolve over your career?

The digital revolution began not long after I got my start in sports production, which was 1999. I’ve always kind of been stuck in my ways, but I embraced the world of digital audio, and it helped me get a lot more calls for work. Even so, I was amazed at the transition that audio took in just that short amount of time. I was right there on the cusp, and it was life-changing for me, career wise.

After that, the concept of hybrid workspaces was developed; it really revolutionised the audio world. Now, we’re transitioning into Dante audio, which has already taken off beyond belief. The one drawback with that solution is that you only have digital gain, rather than gain from pre-amps, and that’s a little bit weird. But it works fine in the controlled environment of a studio.

Have you seen any changes in the way audio is mixed and delivered to audiences?

Content providers, whether traditional broadcasters or streaming services, are trying to deliver an entertaining product. My job as an A1 is to provide clarity from the announcers and good effects from the sounds of the game or fight, or whatever it is. We need to be able to transition from booth to set without hearing a dip in audio. That’s really important because it’s the biggest thing that producers and directors really comment on. They just love it when you have good, natural sounds; they eat it up and that’s what content providers are looking for as far as quality, entertaining sound.

The trick to accomplishing that is working well with the front-of-house mixers, who are playing to the in-house, live audience. While they are trying to make sure the crowd is happy and giving you the on-site hype of the event, the broadcast team needs to entertain the millions of at-home fans who couldn’t attend. I always like to have a meeting with the entire audio team ahead of an event, to discuss the goals of each role and explain that, while the promoter has one goal in mind, the broadcaster is ultimately in charge of the gig, so we have to play to their requirements. It’s got to sound good on TV.

Where do you see audio and programming going in the next five years?

Everything is going to streaming; that’s the new real thing, I think, as far as delivery is concerned. For us on the audio side, I don’t see that having a big impact on the way that we mix audio. The “A Day in the Garden” event that I worked on, back in 1999, was one of the first real streaming content productions I can think of, and a lot of what we did for it has been the same ever since. Though, the actual quality of the sound has obviously improved, and now all the viewers have transitioned to using mobile devices and apps.

I do think that the app-based services are going to need to improve a bit on the quality of their delivery system. As television professionals, we’re already there, ready to deliver what they need. I think they just need to have a little better, more dependable bandwidth; and it will come full circle.