Glodina Connan-Lostanlen is senior vice president and general manager for the Americas for Imagine Communications’ playout and networking sales and services. She also leads the company’s marketing activities globally. At NAB SVG Europe sat down with Connan-Lostanlen to get an overview of key industry trends, sports production highlights and new technologies from Imagine Communications at the show. 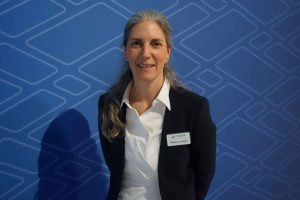