With its fourth annual student open day rapidly approaching, NEP UK has stated that the students themselves are pushing the company to change its employee profile.

NEP UK has already made significant strides through its annual student open day, also known as SOD, with backing from broadcasters such as BT Sport, the BBC and Sky. The next open day, being held at its offices in Bracknell, is being held on Thursday 11 October. The days are designed to persuade undergraduates and even school children that they there are opportunities in outside broadcasting and broadcast engineering, with panels, opportunities to get hands-on in trucks, to film staged events put on during the day, and to speak to those already in the industry. 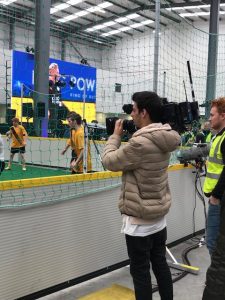 Student feedback from last year’s SOD inspired Kayte Burns, marketing manager at NEP UK, to try and make changes to the diversity of the business. She commented: “All of our initiatives have come out of student open day. We had very direct feedback from one student last year, who said it was very interesting to be talked to about diversity by a bunch of middle-aged white men. I just sat back and thought about that; one of the highlights of student open day for me is the range of students that attend, with around 40% female, and a lot of different ethnicities. Yet when it comes to the current staff working here [at NEP UK] and applying for jobs, something is going missing in between,” Burns stated.

Opening up the conversation

As a result of that student’s feedback, Burns has spent the last 12 months opening up the conversation of diversity within NEP. SOD has led to NEP UK joining the charity Mama Youth Project as a Talent Pool Member, the creation of the NEP UK STEM Ambassador Programme, and it is currently working on the launch of a women’s mentorship programme. Additionally, the company has gained 10 staff members directly from former students that participated in SOD events, as well as 15 work experience students and 15 work placements. 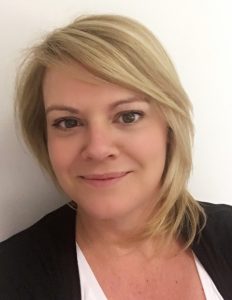 To push the agenda forward, Burns has spoken to the BBC and Sky, which has already been through the process of increasing diversity within its businesses, and Mama Youth Project, a charity that has spent the last ten years training young people from under-represented backgrounds to succeed in the media industry.

Specifically, Burns has spoken to Jack Etherley, who is head of Sky Academy, and who was seconded in December 2017 to Bolder Academy in the London Borough of Hounslow to support the development of this new secondary school, which opened in September. Also, Bob Clarke, founder and CEO at the Mama Youth Project. “What these people are helping me create is a focus on what we want to do here at NEP. NEP is so big I can’t just start an initiative about diversity, but I can start talking about it.

“We’re in the first steps of addressing this issue,” noted Burns. “We’ve gone to Sky, the BBC, and people that work in diversity; this conversation starts on a much larger platform.”

Two months ago the company set up the NEP UK science, technology, engineering and maths (STEM) Ambassador Programme. “This is to address the skills gap in the broadcast industry,” Burns noted. “There is a shortage of applicants with STEM qualifications anyway, and therefore diversity within those applicants is low. In the short term, we’ve introduced our STEM Ambassador Programme, set up by myself and Anna Patching, guarantee sound engineer at NEP UK. Anna is very heavily into STEM and is a great ambassador. She won the 2015 Royal Television Society (RTS) Coffey Award for Excellence in Technology, while a trainee broadcast engineer at the BBC.” 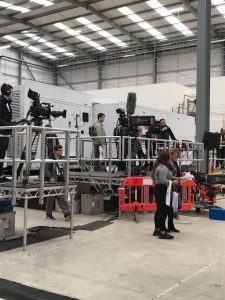 NEP UK has 20 staff on its books for the STEM Initiative, who volunteer to commit a minimum of one day per year as well as attending the NEP student day.  These volunteers go to different schools talking to students from the age of six years and up about jobs in broadcast. Sometimes the volunteers take an OB truck with them to give students a hands-on experience. “It’s literally about going out there and talking to kids about STEM subjects and how to get into this area,” said Burns.

The next step in the journey for NEP UK is to start a women’s mentorship scheme in NEP UK, and potentially in NEP worldwide, said Burns. “These are just things that a company of our size should be doing,” noted Burns.

Burns concluded: “I can say we have tangible proof now that our student open days are paying back. When you combine this with initiatives to increase diversity and women in broadcast, you fill the skills gap, and you fill the skills gap with more than just the usual applicants. When I look at our staff I see that so much more can be done to encourage women and increase diversity and inclusion; something has gone missing, and I want to address what that is,” she stated.